Review: Once Upon A [Fallen] Time @samauthorcanada 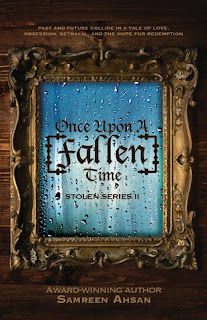 2015...
All her life, Myra Farrow has been obsessed with medieval castle-and the kings and princes who once inhabited them. When Steve Bernard, a wealthy videogame designer offers her to model for a princess character in his new game, Myra can't resist his offer to enter the mysterious, colourless, and cursed Hue Castle. But unknown to Myra, her soul is bound to it by blood and sorcery. When she enters the castle's doors, she awakens dark powers, time travelling through a cursed mirror, torturing her present, and rewriting her future, leaving Steve Bernard with millions of questions.
1415...
Edward Hue, the last of the Hue royal bloodline, has never stood in the sunshine, nor felt the rain, or held a living flower. Cursed from birth to live in darkness and bring death to all he touches, he is at the mercy of his cruel, tyrannical father King Stefan, who will not rest until he shatters Edward's soul and makes his son into a diabolical copy of himself. Edward's one hope is the mysterious woman, who walks into his life through a cursed mirror, out of his dreams, and introduces him: love.
Will Myra break Edward's curse and bring him out of the darkness, or destroy him utterly? Will Steve ever be able to finish his game without Myra? Past and future collide in a tale of love, obsession, betrayal, and the hope for redemption. 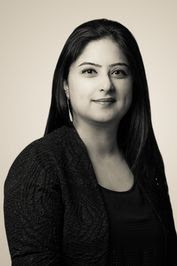 Myra has been obsessed with fairy tales and medieval times, and by some strange curse, her life is tied to the past. And by the end of book one in the series, she is finally in the place she always dream off. Now, after Myra traveled to the past her fiancé is having a hard time explaining what happened to her and figuring out how to bring her back. Present and past dance around broken souls and love.

Myra has always been in love with Edward, even before knowing him and now has to help him save himself. But, she is engaged with Steve who has a hard time accepting that maybe she is not the one for him. And to add more, Edward's father has dark motives behind his actions. Intrigue, twists and turns, ulterior motives, surprises, and unexpected outcomes, makes this one a really good book.

The author creates a world that trespasses the pages and becomes real. It catches the reader and doesn't let go. The story has a dark tone, and you can feel sort of an aura of anguish and sadness around it. The emotions and feelings are palpable and more than words.

I really enjoyed the book and I hope there is another one in the future.