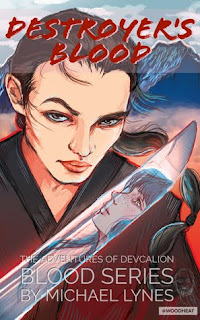 Dev shook his head, spitting out dust and rock chips. The last rays of the setting sun stained the ground crimson. “Betrayer,” he murmured, ears still ringing from the terrific explosion, “we have a problem.”
The cryptic message from Olympus changes everything... One moment Devcalion and Betrayer are free, climbing up Half Dome without a care in the world, the next they are dragged into battle with the Destroyer, Zeus’s ancient foe.
The Dark Power is merciless, and time is running out. It’s up to Dev and Tray to try to stop him, or the world of men and gods is doomed. 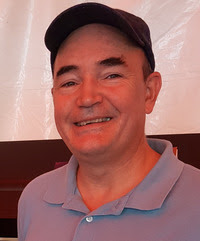 Mr Lynes is a serial entrepreneur who enjoys dry red wine and single malt scotch. When not occupied with arcane engineering projects he spends his time playing with his two grandchildren, baking bread, feeding seasoned hardwood into his ancient Timberline woodstove, working on his various cars, bird watching and taking amateur photographs. His current menagerie includes one short-haired turtle shell cat and a pair of actual turtles.
His first book, There Is A Reaper: Losing a Child to Cancer, was an Indie B.R.A.G. Gold Medallion Honoree in January 2017, a silver-medal winner of the 2016 Readers’ Favorite International Book Awards for Memoir, a medalist in the 2015 New Apple Book Awards for Memoir, a winner of the 2015 TISBA (The Indie Spiritual Book Awards), and a finalist in both the Independent Author Network 2015 Book of the Year award and the Beverly Hills Book Awards for 2015.
He published a collection of short stories, The Fat Man Gets Out of Bed in 2016 which won the New Apple Book Award for Best Summer Indie in the Short Story category. The novella It’s In the Blood was released as an independent work and the beginning of the this year as a prequel to his latest fantasy novel, Destroyer’s Blood which was released on November 6th of 2018. Destroyer’s Blood is book one of a planned trilogy – the BLOOD Series
Mr Lynes was awarded a BSEE degree in Electrical Engineering from Stevens Institute of Technology and currently works as an embedded software engineer. He has a consuming interest in the science of emotion as promulgated by Dr. Paul Ekman and has made a comprehensive study of his Face and Emotion courses.
Mr Lynes has four sons, has been married for over thirty years and currently lives with his wife and youngest son in the beautiful secluded hills of Sussex County, NJ.

This is a fantasy story about a young Greek demi-god, Devcalion, who is the illegitimate son of Prometheus and has a special relationship with his sword. It all stars quite normal but then a series of discoveries and choices will put him on the spotlight.

A well-written book, full of action and with high doses of Greek mythology, this one is a solid story.
My problem is that I'm having a hard time enjoying fantasy books, despite how good they are written. However, I think that fantasy lovers and those who are into Greek gods and goddesses will enjoy this one.