Review: The Side Job 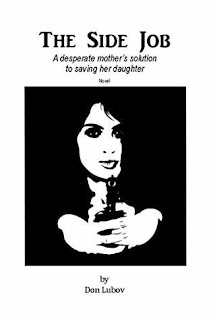 
This is the story of Maggie Gomez — an unwed, unskilled mother of a sickly daughter. She lives a hardscrabble life on the underside of Las Vegas. As her daughter’s health deteriorates, Maggie's need for money for an operation skyrockets. Maggie was vulnerable and defeated early in life. Her long-suppressed strength blossoms and Maggie becomes “La Femme Nikita”. As Maggie gets more involved with her loan shark boss and his crew, her world begins to spiral out of control. Her simultaneous involvement with a gangster and the detective investigating him turns her life into a soap opera of emotions. She must figure out how to escape her underworld life, protect her daughter, and live happily ever after. 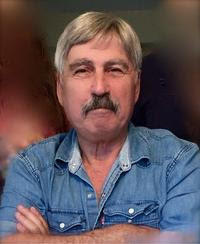 Don has been happily married since 1976. He was an artist for 34 years and exhibited his artwork at 3 New York City Art Galleries and the Heckscher Art Museum.

He was a guest lecturer at Stony Brook University on “Hyperspace—A Visual Introduction to the 4th Dimension”.

He received a grant from The Vogelstein Foundation for his work combining art & mathematics, with his “Quantum Pictures”.

He has written about spirituality and stress relief since 1971. He is the author of 9 books. 10 years successfully teaching his “Six-Step Path” at College of Central Florida Sr. Center, MTP College, and The Lifelong Learning College in The Villages, FL. He has taught his unique brand of meditation to over 2,000 people, who subsequently achieved a level of inner peace.

Don has written for Yahoo Voices, Beliefnet.com, and Kinja.com. His writings have been published in various magazines and books.

He created and developed “Pyramoids” – an energy-efficient building system. He taught this system at Stanford University in Palo Alto, CA.

One of his “Pyramoid” designs was accepted and juried in The World Trade Center Memorial Competition.

He has taught his "Six-Step Path" for stress reduction for the past 12 years, at Del Webb and 3 local colleges.

'The Side Job' is the story of a mother willing to do anything for her daughter, it could be as simple as that but the author added a lot more to the story. I really liked the plot and the idea behind the book, I think that it could work as a Tv show and all. The only issue is how it is written, it sounded like an article in a newspaper or a magazine. It was too cold or technical for my taste, but I did enjoy it nevertheless.

Maggie has suffered a lot, pregnant just out of high school, dumped by the father of her unborn daughter and kick out by her parents. All of that plus some traumatic events in her childhood, make her the woman she is. It is easy to understand her actions and why she decides to do what she does. Throw the mob, gangsters, the police and getting paid to kill people, and you got quite the story.

I like some of the turns of events, there were many surprises and it was easy to read it very fast.