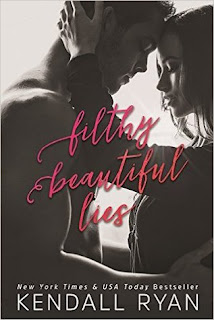 I have no idea why she auctioned off her virginity for a cool mill. Regardless, I’m now the proud new owner of a perfectly intact hymen. A lot of good that will do me. I have certain tastes, certain sexual proclivities. My cock is a bit more discriminatory than most. And training a virgin takes finesse and patience – both of which I lack.
Sophie Evans has been backed into a corner. With her sister’s life hanging in the balance, the only choice is to claw her way out, even if that means selling her virginity to the highest bidder at an exclusive erotic club. When Colton Drake takes her home, she quickly learns nothing is as it seems with this beautifully troubled man. Being with him poses challenges she never expected, and pushes her to want things she never anticipated. 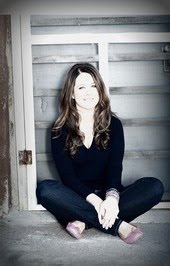 A New York Times, Wall Street Journal, and USA Today bestselling author of more than two dozen titles, Kendall Ryan has sold over 2 million books and her books have been translated into several languages in countries around the world. Her books have also appeared on the New York Times and USA Today bestseller lists more than three dozen times. Ryan has been featured in such publications as USA Today, Newsweek, and InTouch Magazine. She lives in Texas with her husband and two sons.

Sophie has decided to help her sister no matter what so she enters a new world where auctioning her virginity is possible for a very good price. Colton Drake is searching for something and has decided that Sophie can be what he needs. Their arrangement is supposed to be a business transaction but, of course, feelings and emotions will get in the middle and things will get complicated.

Sophie is the typical innocent but spicy heroine. She doesn't trust Colton but as time moves on she gets to know a side of him that is not so bad. Colton is a strange character, he is the typical handsome, rich, powerful man whose heart was hurt in the past and now has a hard time trusting women. I didn't like him and that is odd, I kept reading waiting for the explanation of some of his actions but there was none.

As you imagine the book has some sex scenes and a strong erotic element which I enjoyed quite a bit but still was not enough to make me love the story. There were some aspects of the plot that were too unreal for my taste. I know this is fiction and trust me I've felt in love with books craziest plots, I'm all about fiction, I love fiction that's why I read but sometimes it's too much. There were so many things that sounded forced that it was hard to really like it. And the cliffhanger at the end was good but predictable.

I get why some people may like it or love it even, but this one was not for me.