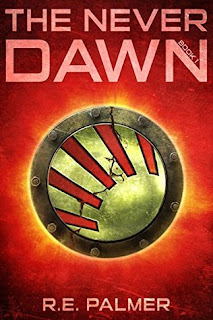 All his young life, Noah has longed to see the sky he's only heard about in stories. For over one hundred years, Noah's people have toiled deep beneath the Earth preparing for The New Dawn – the historic day when they will emerge to reclaim the land stolen by a ruthless enemy.
But when Rebekah, the girl of his forbidden desire, discovers a secret their leader has been so desperate to keep, Noah suspects something is wrong. Together, they escape and begin the long climb to the surface. But nothing could prepare them for what awaits outside. 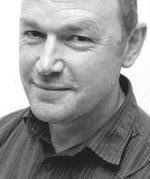 R.E. Palmer was born in Solihull, England. After ten years as a computer programmer, he left to train as an Alexander Technique teacher to follow his main interest - sports performance. From an early age, he loved to read and soon developed a love of sci-fi, fantasy and horror. After writing a number of short stories since his late teens, he finally completed his first novel in 2012; SKY. The sequel, Stargazers, came out in June 2013. My latest project is a dystopian trilogy, The Never Dawn - the first book was published in August 2016.

What at first seems another dystopian YA, reveals to be an interesting sci-fi story with a dark tone and mature characters. Noah has grown up believing Mother stories and dreaming of seeing the real sky. Her tales of how they ended up below the surface and why is important for each one to have a role have been the norm under which he has lived day by day. But when he starts to questions things and meets Rebekah, his world crumbles and the discoveries will be mind-blowing.

The Never Dawn is a book that reveals more info chapter by chapter, and every time we get an answer and new question arise. The author took care of every piece of the puzzle to create a world that drags you into it and you want to know what's really happening?

I really enjoyed reading the book and meeting Noah. His sweet innocence and how his desire to know the truth fights against what he was taught was right, made the book worth reading.

Email ThisBlogThis!Share to TwitterShare to FacebookShare to Pinterest
Etiquetas: Fantasy, Review, science-fiction, YA