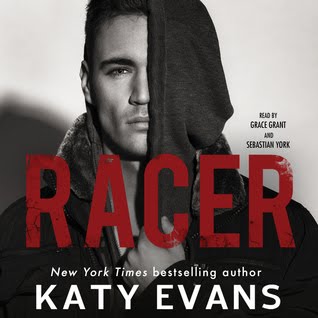 A bad boy with something to prove. A woman with a mission. The race of their lives. The love of a lifetime.
I don’t think his parents expected him to live up to his name—Racer Tate—but once he felt the adrenaline rush behind the wheel, he was addicted.
He’s the fastest, fiercest driver around.
Scouting new talent brings me to his doorstep...but his smile sends me to my knees.
The sexy, mysterious Racer Tate is not the kind of man a girl like me falls for. He’s secretive, reckless, elusive. But his proximity pushes me beyond reason, and his kiss....
This is our last chance to win, and he is our only hope. I’m supposed to watch him—make sure he doesn’t get into trouble. But it’s an impossible task. And now the one in heart wrenching, toe-curling, soul-crushing trouble is me. Because when your heart belongs to someone, their truths become your own, and their secrets become your salvation...or your curse.
He says he wants me. He says I’m the One. But he also thinks he’ll break my heart, one piece at a time until it’s gone. 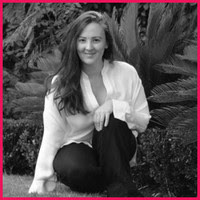 Katy Evans is a New York Times, USA Today, and Wall Street Journal bestselling author. Her debut REAL shot to the top of the bestselling lists in 2013 and since then 10 of her titles have been New York Times bestsellers. Her books have been translated into nearly a dozen languages across the world.

I wanted to love it, I wanted to crave more and more but above all, I wanted to read it fast (or hear it in my case). I'm so sorry it wasn't what I expected, I'm sorry Racer didn't live up to his father's expectations. I loved the first two books by Katy Evans but then I lost track of the series, but I know you can read the books as standalone so I decided to give it a chance to Racer, and besides it was about Remy's son, come on... it had to be sexy.

It took me too long to hear it, even though the guy who reads it has a really sexy voice. My problem was the story it felt like a repetition of another story and there wasn't any big surprise. The characters sounded fake and shallow. And also he being Remy's son we can expect some mental illness throw into the mix but still, it sounded forced.

I do have to clarify that the sex scenes and the chemistry between the main characters are quite hot but not even that could save the book for me.