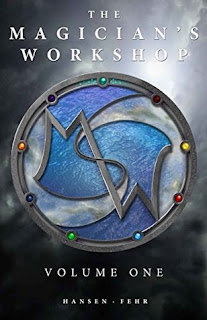 Everyone in the islands of O’Ceea has a magical ability: whatever they imagine can be brought into existence. Whoever becomes a master over these powers is awarded the title of magician and given fame, power, riches, and glory. Journey with a group of kids as they strive to rise to the top and become members of the Magician’s Workshop.
Layauna desperately wants to create beautiful things with her magical powers, but all she can seem to do is make horrible, savage monsters. For years she has tried to hide her creations, but when her power is at last discovered by a great magician, she realizes that what she’s tried to hide might actually be of tremendous value.
Kai just wants to use his powers to have fun and play with his friends. Unfortunately, nearly everyone on his island sees him as a bad influence, so he’s forced to meet them in secret. When one of the creatures they create gets out of control and starts flinging fireballs at their town, Kai is tempted to believe that he is as nefarious as people say. However, his prospects change when two mysterious visitors arrive, praising his ability and making extraordinary promises about his future.
Follow the adventures of Kai, Layauna, and a boatload of other characters as they struggle to grow up well in this fantastical world. 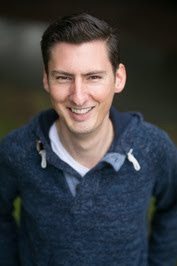 When J.R. Fehr popped out of the womb, he knew there was more to the world than the four boring hospital walls that he was seeing. “Zango!” his newborn mind exclaimed as he saw people appear and disappear through a mysterious portal in the wall. As a child he found life wowtazzling, but as he grew older the cold water of reality hit him, and the magic he once knew vanished. After spending some wet and shivering years lost in a joyless wasteland, he once again began to see magic in the world. He writes because the Wonder of true life is far grander than anything he ever thought possible. 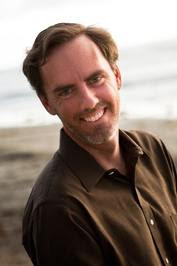 The first glimmering Chris Hansen had that there was far more to reality than he had ever imagined occurred six days after his ninth birthday. “Christopher!” cried a wise, old sage. “Life is full of deep magic. Miraculous things happen all around us.” Chris looked around him and asked, “Where? I don’t see anything spectacular.” The man held out a pair of glasses. “Here, put these on.” The boy placed them over his eyes and—“Whoa!” He was gobsmacked by the Wonder he saw. But it lasted only a moment. The man vanished in a flash of starlight and the lenses melted and trickled down his cheeks.  Then a message was sung into his ear, “Go and seek what you have seen.” Full of expectation and childlike optimism, Chris set out. To his great joy, this quest has led him to discover many more glimmerings of this miraculous Wonder, often in the most unexpected of places.
| AMAZON|  GOODREADS

In a world where magic is real and people has magical abilities, anything that you imagine can be real. With this premise, we are introduced into "The Magician´s Workshop" and at first the magic and fantasy are great to read. I started reading and fell in love with the story, I kept reading and wanted more and more but somewhere along half the book I got lost. I truly don´t know what happened, I was enjoying the characters but somehow I got drifted off.

I liked the writing because it was easy to read but it wasn't enough. It's not that it's aimed at a young audience because for me books are for all ages, maybe it was that I felt like the story was taking too much to get into the action? I really wanted to love this book, I mean I loved the cover.

The book has lots of great reviews so maybe it was just me or the timing. If you like fantasy give it a try.