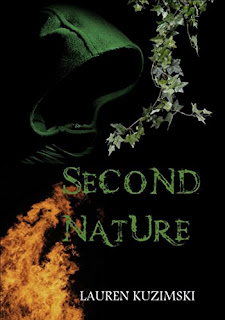 Opposite elements, same side…Long ago, the Esscas, a rogue group of elementals, had once dared to challenge the Queens, the self-proclaimed masters of the element realms. The resulting war had decimated the world and the very people. In the end though, the Queens had prevailed and banished the Esscas to the After for all eternity.Fae had shared no alliance with the Esscas, but had felt the ripples of their punishment nonetheless. For their actions, she would never be free. Born a fire elemental herself, Fae had spent every waking moment of her life training to be a guard for her Queen, with no choices in regards to her own fate. It was that or exile herself.Jace, on the other hand, had been born an earth elemental with every choice in the world, yet had been one of those that had taken part in the Esscas. His punishment… eternity in exile, swallowed in regrets…When the Esscas escape, vengeful and angry, and threatening the world once more, Fae and Jace quickly find their fates intertwined. While Fae fights for the chance to taste her freedom, Jace finds a chance to atone for his past mistakes.Only by setting aside their differences, in both elements and loyalties, do they stand any chance to make a change and defeat Jace’s ex-team once more. If only trust was that easy… 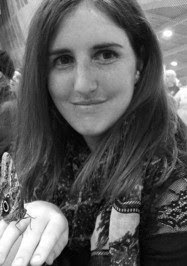 Lauren Kuzimski is a third year veterinarian student, who has a passion not only for animals but for writing as well. While she is always busy studying (really busy studying), she cannot help but take time out each day to work on a new story or idea.

Creating a new world is half the fun in a day, and the other half is filling it with new characters.
Her debut book- Second Nature- is a taste of what she loves to write. Fantasy, young adult, characters that don't fit the mold of "hero". Writing from a villain's point of view opens new doors and opportunities to explore the world's created.

Second Nature is available now, and True Nature (the sequel) will be available in the future.
GOODREADS | AMAZON|

I've been having a bad time with fantasy books so I don't know why I picked this one (the cover is good but maybe not the best) and after reading the blurb all you can think is FANTASY. But I'm so glad I read it. The basic story is this: the world is divided by elements (fire, air, etc...) and each realm has a Queen. A hundred years ago a group of people who control the elements (as well as the Queens) decided to challenge the Queens and after a deadly war they were "banished". Now... they are back.

It has a simple start with a clear explanation of what happened and with the introduction of the main characters. Jace is a really good character, he seems honest about his intentions and also his personality charms you to believe him all he says. Then we have Fae, the rebel girl who wants to fight for justice and good. I liked her strong personality and I think she sounds human and likable.

One of the reasons I enjoy this book is I found the story clear and easy to follow. One of my main problems with fantasies is that sometimes you got many characters and different scenarios at the same time so I get lost in the middle. Here we follow the character through the different realm and in their adventures and the characters appear little by little and you always have present who is who. I also liked the little flashbacks, they were a good element to understand the story.

I thought about giving it fewer stars because of that huge cliffhanger at the end. I mean I saw it coming, there were so many questions and just a few pages left so I knew I would end up asking for more but I wanted the answers soo bad that I got mad at the end.

Overall, I enjoyed this book, it was a bit long but I don't think you can cut any part of it. If you like fantasy give it a try.