Review: In The Event the Flower Girl Explodes @thatabbyrose 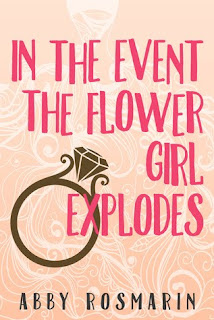 
It’s the wedding of the century. Her big brother – the man who was a second father to her after their dad passed – is the groom. And Nicole is fighting just to keep her head above water.
She’s surrounded by an aloof bride-to-be, a psychotic mother of the bride, ridiculous bridesmaids, and a town that feels like a parody of Americana. Her own family is perfectly fine with everything – with the exception of her wise-cracking cousin Ella, whose antics only serve to get Nicole even further into trouble. The wedding stress is invading all aspects of her life, including her own relationship. Nicole only wants what’s best for her brother – but what if that involves her brother leaving his fiancée at the altar?
As the wedding day approaches and tensions continue to rise, Nicole is forced to figure out what love, loyalty, and honesty mean – before it’s too late and she loses everyone she loves. 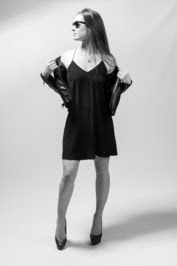 What do you get when you cross neuroses with sarcasm?

Hi, my name is Abby. Pleasure to meet you.

As seen on Huffington Post, Bustle, Buzzfeed, MindBodyGreen, Thought Catalog, and a slew of other websites.

Also the author of I'm Just Here for the Free Scrutiny, Chick Lit & Other Formulas for Life, and No One Reads Poetry: A Collection of Poems.

My newest book -- In the Event the Flower Girl Explodes -- is coming out February 13th. You should buy it. With your money.

Nicole's brother is getting married. The man who practically raised her after her father's death and who never introduced her a girlfriend or a date is now marrying the craziest girl (in a figurative speech). Nicole is left to deal with a hurricane of a wedding that includes over the top and exaggerated parties, a family that swears is from the South and who follows southern traditions to the extreme and a bride to be she doesn't really know. Nicole doesn't deal with the stress very well so she puts everything she loves at risk.

I had fun reading about Nicole, she is this young woman who for moments acts like a teenager but in a comprehensible way. We have flashbacks to understand her relationship with her brother and also his fiancee so we can understand why she behaves the way she does.

There are other characters and each one brings something to the story: the supportive girlfriend Laura, the fun cousin Ella, Nicole's mother, a group of crazy bridesmaids and more people, who put their part to make the story go on.

The story presents a town that seems taken out a comedy, I had tons of fun reading about it and the people who live there.

Something I loved about this book, is that the main character doesn't have a love story. It's not the typical: "Main character finds the love of her life and changes her life for the better" or maybe "main character leaves her current partner to find her true soul mate". Nooo, this time the story is about love but not the romantic type. She already has a girlfriend (yes, she is homosexual and you know what the author doesn't make a fuss about it, it's natural and I loved it).

The story, in general, is entertaining and you will read chapter after chapter without noticing it.