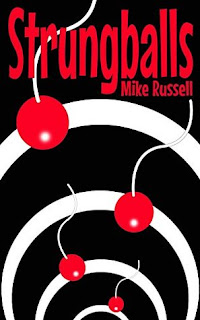 What are Strungballs? Ten-year-old Sydney is about to find out... but first he must have a cube of his flesh removed. Sydney will transgress everything he was taught to believe in when he embarks upon a journey that will reveal the astonishing secrets hidden by the red balls on white strings known only as... Strungballs. Inspiring, liberating, otherworldly, magical, surreal, bizarre, funny, disturbing, unique... all of these words have been used to describe the stories of Mike Russell. Remember: Once a Strungball is inserted it must never be removed. 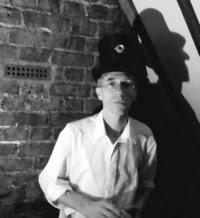 Mike Russell is a British author best known for his books Nothing Is Strange, Strange Medicine and Strungballs.

Mike Russell has staged many storytelling performances of his work over the last fifteen years. His shows include the use of handmade props, sounds and improvisations.

Mike Russell's next book will be released in 2017.

What are strungballs? is what we all want to know once we start to read this book. As all Mike's books, Strungballs is a mind-blowing experience. It's an experience that leaves you feeling uncomfortable or just awkward in your own body.

It all starts with Sydney who lives in this almost too perfect, where everything is has an exact measure and it has an order. The people in this world only do "what is good" and their only goal is to have strungballs and work for a system they believe is perfect. Of course, Sydney meets someone who makes him ask himself "why?".

The moment Sydney stars to question why strungballs are necessary or what is their true purpose and he decides that follow blindly is not ok, normal doesn't have to be the rule... well, the world crumbles and the story gets crazier.

The story is really short (only 60-something pages) but it's powerful and well written. I love Mike's writing and his work is full of fiction and crazy ideas but if you look deep down maybe things are not as crazy as they seem.

I really enjoyed it, if you like sci-fi, crazy stories or just short readings you should try this one.