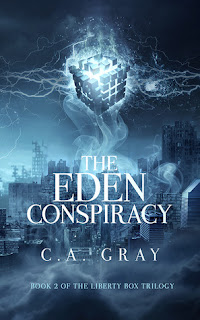 The refugee caves have been destroyed, and most of the refugees are dead. The Potentate now knows of their existence and will stop at nothing to wipe them out completely. He suspects that terrorist Jackson MacNamera is among them, as well as reporter Kate Brandeis's fiancE, hacker Will Anderson--and probably therefore Kate herself. Now that the Potentate is aware of security threats, most of the strategies the rebels used to get back onto the grid before now no longer work. The Potentate knows the rebels are on foot, and he knows they were at the caves not long ago--they can't get far.
The remaining rebels, among them Jackson and Kate, have Kate's fiancE Will to thank for their survival: he arrived back from the dead and in the nick of time, bearing classified information about the Potentate's plans to expand his influence internationally. But the remaining rebels and the Council cannot agree on whether their top priority should be spreading truth far and wide and freeing as many citizens from government control as possible, knowing that they will likely die in the process--or escaping to New Estonia, in hopes that they might live out the rest of their days in peace.
Kate, meanwhile, finds herself torn: between Jackson and the fiancE she thought she lost, and between the damsel-in-distress she once was, and the rebel she believes she has always been underneath. Whether the other hunters will support her or no, she knows she must use her influence over the people of the Republic to tell them the truth, no matter the cost. But is she strong enough to withstand the government's lies? 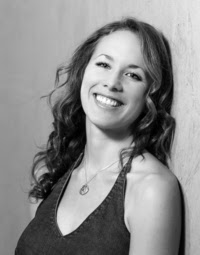 C.A. Gray is a Naturopathic Medical Doctor (NMD), with a primary care practice in Tucson, Arizona. She has always been captivated by the power of a good story, fictional or otherwise, which is probably why she loves holistic medicine: a patient’s physical health is invariably intertwined with his or her life story, and she believes that the one can only be understood in context with the other.Her favorite fictional tales have always been epic battles of good versus evil, with a strong tendency towards parable. An idealist herself, she has always been convinced that these stories have something deeply true to tell us about the human condition, and that is why we love them so much… or at least that’s why she does.She still wants to be everything when she grows up. She moonlights as a college chemistry teacher (she has a degree in biochemistry, with minors in Spanish and Creative Writing), does theater when she gets the chance, sings, plays piano, was once a personal trainer and in coffee shop management. She is blessed with exceptionally supportive family and friends, and thanks God for them every single day!

The Eden Conspiracy picks up where we left. At first, I didn't remember much about book one but once I started reading it all came back to me, the government deception and how they control mind waves and the dystopic and horrific world. It's easy to imagine a world like that and also quite scary because when you think about it idea behind the story, it doesn't sound so crazy.

Now that Kate knows that Will is not dead, she is torn between the love she once felt for Will and how she feels for Jackson. Her former self and who she truly thinks she is are in constant conflict. And on top of that rebels have to decide how to continue their fight. Freedom is the ultimate goal but how to reach it without dying in the process? and when the evil guy is the ruler of a nation and the people is under a complex brainwash process, it's hard to try to awake everyone.

The book is really well written, the rhythm is perfect and the action is non-stop. You have tension, suspense, drama, love and all the emotions involve when you are fighting for freedom. I like the changing of POV in order to get deeper into the story and know what each character is thinking.

And after the ending... I CANNOT wait to read book three.