Review: Life After the Undead @PembrokeSinclai 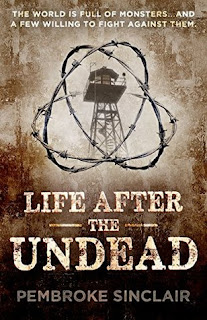 Seventeen-year-old Krista must quickly figure out how she's going to survive in the zombie-destroyed world.
The one advantage humans have is that the zombies hate humid environments, so they're migrating west to escape its deteriorating effects. The survivors plan to construct a wall at North Platte to keep the undead out, and Krista has come to Nebraska to start a new life.
Zombies aren’t the only creatures she has to be cautious of—the other survivors have a dark side. Krista must fight not only to live but also to defend everything she holds dear—her country, her freedom, and ultimately, those she loves.
Join Krista in her quest to survive in this thrilling apocalyptic novel by Pembroke Sinclair. 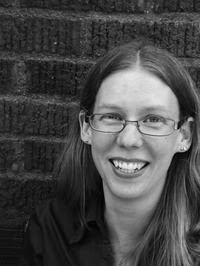 I am an editor by day and a zombie-killer by night (at least in my books). Since the first time I watched Night of the Living Dead, I have been obsessed with zombies and I often think of ways to survive the uprising. I have written YA novels about zombies and the tough teens who survive the apocalyptic world, along with adult novels in the sci fi and fantasy genres. I have also written kids' books under the pen name J.D. Pooker.I have written nonfiction stories for Serial Killer Magazine and published a book about slasher films called Life Lessons from Slasher Films under my real name.For more information, please check out my blog at pembrokesinclair.blogspot.com or email me at pembrokesinclair[at]hotmail[dot]com.

Imagine one day going to school and see people bitting others, imagine going home and everyone around you is suddenly acting weird and attacking each other. This is what happened to Krista, one day zombies became real and now she is learning to survive in this new reality.

I like the dynamic and rhythm of this book, it all starts quite fast and the first chapters are full of action and a sense of adrenaline. Krista is hit by this new situation and her first instinct is to survive. Two years later, we witness how survivors have managed to keep things "normal" or as normal as possible. When a distant relative of hers appears the book goes into adventure mode. The story is a bit bloody and zombies are a bit scary.

I love Krista, she is a simple and relatable character. Is easy to imagine what she is going through. We see her grow up and deal with different conflicts in a mature way. I like all the other characters as well.

The book has all the YA elements and the writing is really good. I also have to mention that the romance is perfect because it doesn't take much of the story, it's simple, sweet and not too cheesy.

The book has an open ending so I imagine there is a sequel, which I have to read.

Email ThisBlogThis!Share to TwitterShare to FacebookShare to Pinterest
Etiquetas: dystopia, Review, YA, zombies