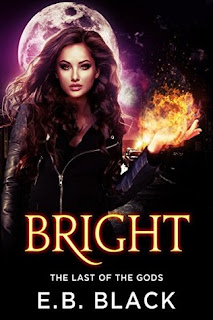 
The worst thing to happen to Bright was being born a god. Bright is expected to use his powers to protect the world from the moment he takes his first breath. He raises himself, learning how to control his powers at the same time as he takes his first steps.
He isn't allowed to be a weak child: to cry, to grow, and to change because gods must always be perfect. He must not have needs or desires, his duties must rule over all his actions.
His family members are more like rivals than people who care for him. Humans worship him, but their fear keeps them all at a distance.
He is always alone, forced to live a life where the fate of his world weighs down on him. There is no rest or joy.
Until he meets a raven-haired witch named Adonya with power over fire. She turns his world upside down. He has been having visions of this woman and the love the two of them will share. He knows he'll never be the same once he gets to know her. It's dangerous to get close to a woman who is too strong to fear of the wrath of a god.
He knows she can destroy him, but Bright is tired of always doing the right thing. It is time for him to be selfish for once, even if the world and everything he knows falls apart around him because of it. 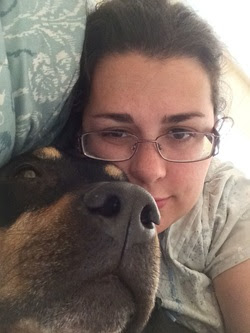 E.B. Black was raised by her imagination. She was bullied a lot of growing up, but thanks to daydreaming and books, she always had a friend around, even if most of those friends were imaginary at the time. She was raised on books like Little House On The Prarie, The Boxcar Children, and eventually Sweet Valley High, the last of which was where her love of romance novels came from. But eventually, as she got older, she also read and fell in love with the Harry Potter series and an affection for both romance and fantasy novels grew to make her the writer she is today. Often times, she would read instead of doing homework as a teenager and sometimes read instead of sleeping. Now that she makes her own worlds, she hopes to captivate other people in the same way all her favorite writers have always captivated her. She lives in Southern California with her husband and dog who both love her and respect her love of both them and her writing.

Bright is the son of gods which makes him a god too. Born to rule over the suns, Bright only wants to be loved by his mother and be human. After a life of being asked to be strong and perfect, a brother who kind of hates him and discovering some family secrets, Bright´s story is full of hits and misses.

It was an amazing experience to rediscover the world through Bright´s eyes. He has this innocence and unknowledge of the world because he is not human so we get to see everything for the first time, it´s like being a kid again and learning how the world works. Those first chapters are well written and the experience is worth reading.

Then we have Bright´s encounter with humans and human feelings. Passion will play trick with his head and the search for love will drive him a bit crazy. We read about this mysterious raven woman who hunts Bright´s dreams but she appears really late in the book. Adonya is an interesting character.

Overall, I really enjoyed the book. Like I said this God who wants to know the world, his brother (OMG, that guy is rare), the humans and the ending are worth trying.