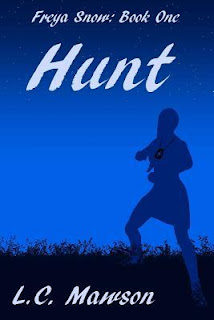 
When the Earth is reduced to a smoking crater, the only thing left to do is turn back the clock.
Lily Snow, granddaughter of Death and one of the most powerful magical beings on Earth, knows that her daughter most likely won’t survive in this timeline, so she gives her life to create another.
No one remembers the war between humanity and magical beings, and humanity has become altogether blissfully unaware of magic.
Freya Snow, now a sarcastic, awkward, probably-autistic teenager, has spent her whole life moving from foster home to foster home, wanting nothing more than to start living her life, rather than being stuck in the stasis of high school.
But when the ghost of her mother’s mentor appears to protect her from the demons hunting her, she finds that she should have been careful with her wish for change.
The world is a dangerous place, and a pup without a pack is nothing but prey.
HUNT is a YA urban fantasy novel with a dash of sci-fi. It is the first book in the Freya Snow series.

AMAZON (book one is free) 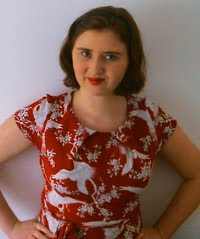 L.C. Mawson is an autistic author and blogger. When she’s not writing, she’s studying autism from a sociological standpoint. And when she’s not doing that, she’s blogging about how allistic writers can better write autistic characters, and about her life as an autistic woman in general. She also reviews current examples of autism in media on YouTube.

With an intriguing prolog that promises a lot of action, we meet Freya. After her mom decided to change the course of time, she was left alone to survive. An awkward and smart kid, Freya is a sweet teenager who only wants a place to belong. Growing up from foster house to foster house she is always afraid to do something wrong. She is a lovely character and it's easy to fall in love with her.

When a ghost appears we discover she is no regular teenager and we enter a world where magic is real. Litlle by little we learn about the different factions in an ancient war and why Freya was left alone. To accompany her we have the sweet/crazy Alice and Damon, both of them are great on their own. Of course there is a little of teenager tension between Freya and her male best friend but it's innocent and cute.

The book is easy to read, the language is simple and understandable. The dialogues are good and the pace is steady. I liked the action in the final chapters

Overall, I think is a good and entertaining book. The story has a lot of potential and I think most characters have a long way to go.

Email ThisBlogThis!Share to TwitterShare to FacebookShare to Pinterest
Etiquetas: Fantasy, Review, YA