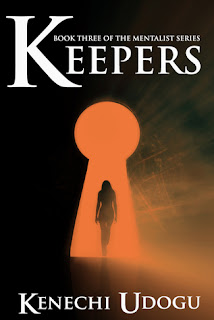 The dust appears to have settled after the brief descent of the Progressive Empaths on Sandes. But, if there is any truth to Anthony’s story, Gemma and her friends know they might soon have to face the mysterious Keepers. Myth or real threat, one thing is certain; running is no longer an option, for any of them. Can Gemma protect the ones she loves without forming an unlikely alliance? 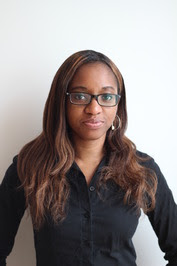 Kenechi lives in London and enjoys writing fantasy/paranormal fiction and short stories (some of which she posts on her blog). She also hates the cold and hopes to one day figure out how to hibernate in winter.

The third book in The Mentalist series is the most mature in the series and the one that has more action in it. It jumps right into the action and if you haven't read the other books you will get lost. I think the author did a great job writing this book and if you liked the series you will find the end to be everything you expected.
Gemma has grown since the first book, she is not the scary shy girl anymore. She now has more knowledge about her powers and has faced so many enemies that she is not afraid to do what's necessary to protect those she loves. The final chapters are full of excitement and the adrenaline is at its highest point.
This one alternates POV between Russ and Gemma, which is great because it gives Russ a bigger role in the story and also we get to see a whole picture of what's going on.
Overall, I really liked and enjoyed the final book and I think the author deserves a round of applause for the series.

Email ThisBlogThis!Share to TwitterShare to FacebookShare to Pinterest
Etiquetas: Kenechi, Review, science-fiction, The Mentalist, YA