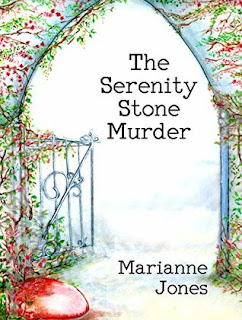 The peaceful city of Thunder Bay is shocked when one of its most prominent businessmen is murdered with a stone stolen from a nearby church garden. Visiting the city to attend a retreat, friends Margaret and Louise become intrigued by the circumstances surrounding the murder and quickly find themselves embroiled in the investigation. Will they discover that they’ve stepped into something they won’t be able to walk away from? Will the murderer target them next? 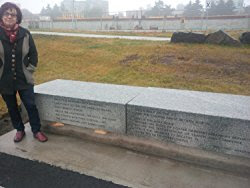 Marianne Jones is a retired teacher, actor, and choir director from the wilds of Northwestern Ontario. Married, with two amazing daughters and two gorgeous granddaughters, she writes, blogs and celebrates life. Although not all her words are carved in stone, three of her poems are, in permanent installation at Prince Arthur's Landing at Marina Park in Thunder Bay.

Margaret and Louise are attending a retreat when an intriguing murderer hits the town. Curiosity will get the best of them and they will get involved in solving the mystery behind who is the killer.

This is a fast, enjoyable and light mystery that will only take you a couple hours to read. I really enjoy the dynamic between the two friends and their sweet fights over the dog and the places they are going to sleep. The book is well written and the descriptions are quite ok.