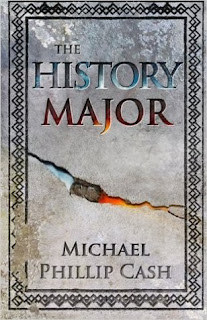 After a vicious fight with her boyfriend followed by a night of heavy partying, college freshman Amanda Greene wakes up in her dorm room to find things are not the same as they were yesterday. She can't quite put her finger on it. She's sharing her room with a peculiar stranger. Amanda discovers she's registered for classes she would never choose with people that are oddly familiar. An ominous shadow is stalking her. Uncomfortable memories are bubbling dangerously close to her fracturing world, propelling her to an inevitable collision between fantasy and reality. Is this the mother of all hangovers or is something bigger happening?

Born and raised on Long Island, Michael has always had a fascination with horror writing and found footage films. He wanted to incorporate both with his debut novel, Brood X. Earning a degree in English and an MBA, he has worked various jobs before settling into being a full-time author.


He currently resides on Long Island with his wife and children.

'The History Major' is an easy to read story, short and good. It has a steady rhythm and the writing is good. However, it never really fully stands out. There is no breaking point besides the ending. It's a book you will read fast and forget even faster.

The plot is this, Amanda wakes up with a terrible hangover and nothing is the same around her. Her roommates are gone, her classes are different and a mysterious History professor talk to her in riddles. With the help of some time jumps, story moves on until we figure out what is going on.

Amanda is a good character. For what we can read she had a traumatic childhood and it was really good from the author to warn about some of the topics of the book.

The story uses historical facts and elements to make parallelisms and comparisons, I liked this but it still didn't make the book great.