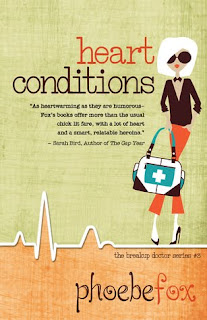 Breakup Doctor Brook Ogden has spent the last year sifting through the fallout from the disastrous decision that led to her unconscious uncoupling with boyfriend Ben Garrett. Despite advising her clients you can’t be friends with an ex, she and Ben have somehow begun to stitch together a friendship—one Brook hopes is slowly turning into more. That is, until Ben introduces his new girlfriend, Perfect Pamela, a paragon of womanly virtues who is everything Brook is not.
While Brook navigates her newly volatile emotional life, an unwelcome surprise shows up on her doorstep: the ex-fiancé who broke her heart two years ago—one month before their wedding. Between her ex’s desire to rekindle their attachment, her best friend Sasha’s unexpected crisis, and her own unsquelchable feelings for Ben, Brook finds herself questioning the personal progress she’s made in the last two years—and threatened with the highest-stakes Breakup Doctor failures she’s ever faced. 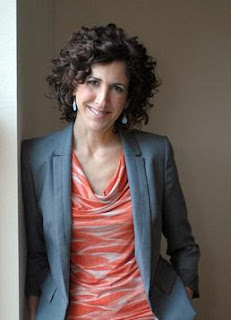 The official bio:  Phoebe Fox is the author of the Breakup Doctor series, and has been a contributor and regular columnist for a number of national, regional, and local publications (she currently writes about relationships for the Huffington Post and She Knows). She has been a movie, theater, and book reviewer; a screenwriter; and has even been known to help with homework revisions for nieces and nephews. She lives in Austin, Texas, with her husband and two excellent dogs.

'Heart Conditions' is a simple but good chick lit. It's the story of Brook 'The Breakup Doctor'. After messing things up with Ben, she is now trying to be friends with him when the man who broke up their engagement knocks on her door.

This one is a fresh, fast and easy to read story. The plot is a bit predictable and some events were dragged for too long. If you like chick lit, you would enjoy this one because it has all the elements of the genre and the ending is everything you would expect.

The characters were ok but they are the reason why I couldn't love the book. Brook is the typical "Do as I say, not as I do". As a therapist, she makes a living giving people advice on how to move on after a breakup. Of course, she is the first on doing the opposite of what she preaches. She is friend with an ex, still has feelings for him and forgives her ex-fiance. I'm ok with all of these because real people often do this but she needs to act her age and talk to people instead of assuming what they're thinking. Then, we have her best friend who is dating her brother, another one that should just talk to people and say what's really on her mind. And don't forget Ben, I could smack him. He and Brooke were impossible, please someone needs to man up and talk about what's really going on.

Now, Michael was the one I liked. I enjoyed when people prove that changing is real and possible. Maybe he only needed to grow up.

It's true that this book can be read as a standalone but I think that if you read all the books you will understand the characters evolution or, at least, I hope so. I need to believe that Brook was not always like this.