Today I have two reviews for the price of one :)
I hope you like romance and fantasy. 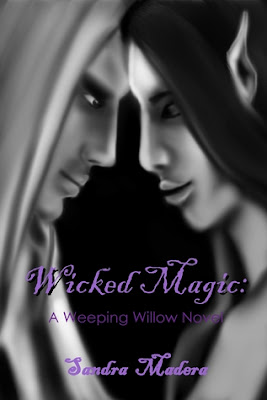 After a time of peace, Willow's world is turned on its side when Nalin is captured and taken into the Underworld. (YA Fiction Novel, intended for ages 16 and up).
Just when Willow and Nalin were ready to bind their life forces in a marriage ceremony, their time of peace has ended.
Willow finds out a secret that is both the cause of their union and exile. Daphne, Nalin’s evil sister, has gathered a group of powerful allies in her quest to regain the Ljósálfar kingdom and overthrow their newly formed government. Hoping to separate Willow and Nalin forever, Daphne casts her brother into the darkest and deadliest realm imaginable... Hades.
However, Daphne never expected Willow to delve into the depths of hell to reunite with her lost love and try to set things right. Rules have been broken... Deals have been made... How much is Willow willing to risk to save Nalin’s soul?

Just when things seem to look bright and easy, Nalin is captured and taken to the Underworld. Willow decides not to hear his recommendation of forgetting about him and sets on a quest to rescue him. Her adventures take her to dangerous paths and she meets new allies along the way. She learns more about her creation and Nalin's past.

The rhythm is fast and it's full of surprises. The Underworld is a place full of danger and obstacles. The writing is very good, with colorful and detailed descriptions. It has alternating POV that helps us view the whole picture and understand what’s going on with both characters.

Willow has to take the reins of her life and make many mistakes. Some of them were obvious but I think it’s ok to have a character that is not perfect.

The book ends with a huge cliffhanger that leaves you feeling frustrated. 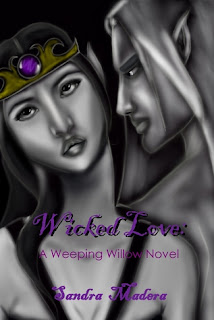 
Waking up in a foreign land, Nalin ventures home only to find that it is not as he remembers it. His parents are dead and buried. His sister has been ruling in his place. He is wounded, and he dreams strange things... about a girl who calls out to him in the darkness. Now that Nalin has returned to the Realm of Magic, the Elves hope that the end of the war is near, and the Ljósálfar can finally defeat the Dökkálfar after driving them underground.However, it becomes clear that Nalin is not himself, and he knows it. He can’t remember a large portion of his life, and his parents have been killed. Everyone around him is just as oblivious to the time that has been robbed from them. Everyone except for the one that calls himself Avery. Nalin senses dark magic is at work when Avery talks of a raven-haired Elfling that traveled to the Realm of Disorder to save him from the clutches of the Dark King, a girl that has not returned. The same girl that cries out to him from his dreams.Nalin knows better than to trust his Dökkálfar enemy, but something tells him this Elfling is not an ordinary girl. He is determined to find the one called Willow and set time right.

Wicked Love is by far my favorite book in the Weeping Willow Series. This one has a darker tone. The characters are more mature and complex. Willow shows us a different side of her and Nalin is so broken that you can almost touch the pain.

Nalin is becoming a favorite of mine. This time he is more determined and we see a side of him we didn’t know. We get to know the good and the bad, his bloodlust is well built and I find it very interesting. And his vulnerable side makes him more real and believable.

Willow is totally different than the girl we used to know and I found her dark side more interesting than her other personalities.

There is more blood, more fights and a sense of urgency during the whole book. Nalin needs to find Willow and nothing will get on his way.

As the other books the writing is good, the descriptions are great and the dialogues move the story on a steady pace.
Of course there is a cliffhanger because a next book is planned but I didn't was upset by it. 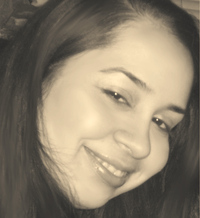 Sandra Madera currently resides in New York and is a recent college grad, obtaining her bachelor's degree in science. However, her true passion has always been reading and writing. She has been writing short stories since she was a child. She recently published her first full-length YA novel entitled Restraint.