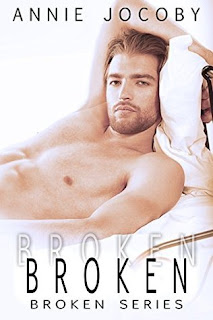 Nick O'Hara is, for lack of a better word, a man-wh***. Look in the Urban Dictionary under that word, and his name will no doubt be mentioned. The only qualifications that he looks for in a bed-mate is that the person is hot and breathing. Mainly hot. He has no desire for an emotional connection with another person, and that's the way he lives his life. He has his fabulous wealth and his reputation as a premiere architect, and that's enough for him.
Until Scotty James.
Scotty is a graduate student at Columbia University in New York City. She's broken from traumatic experiences from her years in foster care and homelessness. She has a vulnerability that is intoxicating to Nick, because, deep down, he knows that he is as broken as she.
When Nick pursues Scotty, it seems that she is the only woman who doesn't want to be with him. At first she's a challenge, but Nick soon finds himself falling in love for the first time in his life. With a woman who wants nothing to do with him.
Can Scotty overcome her trust issues and fear to let Nick in? Or will she prove to be too broken to trust?

Broken is the story of two opposite souls with broken pasts that meet to finally encounter someone who can help them be the best version of themselves. Nick is a rich, successful architect who has a fame of being kind of a manwhore. A very sexual person he is accustomed to obtain pleasure from both women and men. Then, in the other corner we have Scotty, a graduate student, with nothing more than a bartender salary and a traumatic past.

They start as teacher and student to move on into more. He will have the necessity to protect her and she will find the support to heal. Of course that the things between these two will be shaky, there is tons of sexual tension and drama but it's easy to understand why they act the way they do.

I have to mention that the author chose to give the main female character a past that is dark and hard to read. You have to be careful when you do this because you don't want to offend no one. However, she did a great job creating a solid past, believable and despite dealing with such hard topics the reading is not hard.

The writing is good, the dialogues are ok and the characters have a bit of growing. Overall, the plot is complete and you can see where the story is going. There is too much drama for moments and some clichés but if you like romance it's easy to enjoy the story.

Nick wasn't my favorite; he was perfect for moments but too annoying at others. Maybe in the next books he has an improvement. Scotty was perfect playing the vulnerable, fragile woman and can’t wait to see what’s next for her.