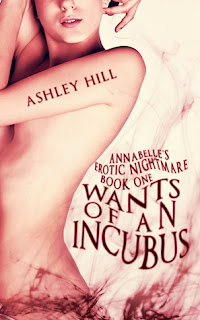 Nineteen year old Annabelle hasn’t seen her boyfriend in months, let alone heard his own voice. One night her emotions take over and she can’t help but think of him. When sleep comes, so does her boyfriend. But it’s only a dream, right?
Deep down, she knows that this one night stand with the love of her life is but a dream. However the next morning she’s in for a shock.
Those nagging feelings she had while with her dream Henry may have been real, telling her that that dream might actually have been a nightmare after all. A nightmare where she may have bonded her soul to a creature that goes bump in the night.
With the help of her mother, who’s a witch by the way and in more ways than one, her talking cat and her unwanted desires towards the nightmare that looks like her Henry, Annabelle will have to defeat the demon that has now crept into her life. Readers 18+ for sexual content. 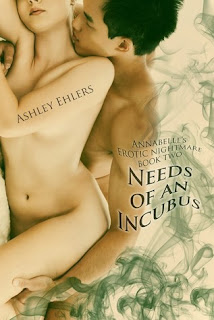 Henry is back and Annabelle couldn’t be happier, especially since it’s her chance to get away from her witch of a mother. But it isn’t long before the nightmares begin again. This time it’s more real than the first time, causing her to have no choice but to tell Henry everything that’s happened before he got there. Awakening from her latest nightmare she finds yet another branding on her forehead. But this time it’s different, it’s green. The need to find out more leads them to a mental hospital for women where she finds someone that resembles closely to her, to her parent’s house where she finds out more than she wants to, and to an old woman that might actually be able to help them. However, before she can end this nightmare she gets kidnapped by a group of women that only want one thing- their sister back. And the only person who can give them what they want is her mom- her real mother. Annabelle’s nightmare isn’t over just yet and with the help of her boyfriend maybe, just maybe she’ll be able to finally move forward from this. Readers 18+ for sexual content. 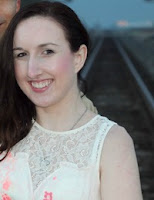 WANTS OF AN INCUBUS

Suddenly she finds out that her mother is a real witch and her book club wasn't a simple group of women. The events go by really fast and a solution is the priority.

Wants of an Incubus has a solid plot, a fast passing and a good writing. The author had a clear idea of where she was heading.

Anyway, if paranormal stories are something you enjoy, you should read this one. It won't take you much time.

NEEDS OF AN INCUBUS.

The story of Annabelle continues in this installment. Now Henry is really back and she has to face the consequences of her mother's actions and the truth behind who she really is. Telling Henry what happened and why she has a mark on her forehead is no easy task but in order to move on she has to trust him.

This sequels is much better than book one. Here, the action is stronger and the passion is more palpable.

The relationship between Annabelle and Henry is sweet, sexy and it makes the story better.

I really liked the paranormal elements of the story and I think the author wrote a solid story with a good plot.