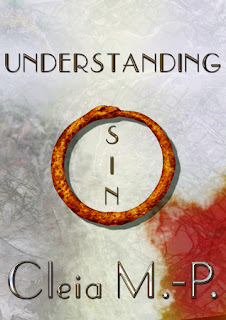 Thomas Fischer is an extraordinarily happy young man. He has a good job, nice suits, an expensive car, and a huge mansion—his wife and mistress aren't bad either. Everything is great, up until the moment his wife refuses to accept it any longer. Like a house of cards, Thomas’ perfect world may now collapse at any second. In a twist of fate, he meets Mr. Tutterman, an old man who tells him three stories from the past century: three tragedies littered with lost lives, each of them eerily connected to one apartment. With all the cold-heartedness he can muster, Thomas conjures up an evil plan and decides to rent the mysterious residence. Now he must decide whether or not to carry out his sin...

Thomas has it all, money, power, a loyal wife and a sexy mistress. However, he wants more, his wife is not happy and life is not as perfect as he expected. When he is searching a place for his “friend” appears Mr. Tutterman and presents him three stories that could change his life.

I liked the premise behind the blurb of this book. I think the idea was good and each story has its charm. Separately they are great, each story has passion, drama, intensity. However, I couldn't find a strong bond between them besides the fact that they all are connected with the same apartment. Also the stories have a lot of characters and they are hard to follow at first. Then the passing steadies the plot becomes intriguing but at least the first one end up abruptly.

The writing is good, it has no flaws and it sets a good rhythm to the story. Thomas is a solid character. Despite being a despicable man he is believable and real.

In general, Understanding Sin is a good book. It could have worked as separated stories or with a more defined bond. There was one thing that also bothered me… the end. It looked like all the stories were for nothing and not only us but Mr. Tutterman wasted time talking to Thomas.

Anyway, if you are looking for a bit of drama, intrigue and a different kind of book set in a non so common scenario, you could give it a chance.