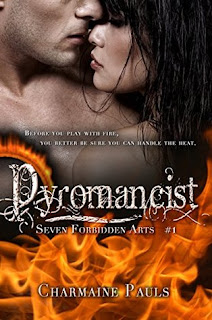 When you play with fire, you get burned.
At the same time as mysterious fires commence to rage through Clelia d’Ambois’ home village in Brittany, France, she starts sleepwalking. Daughter of a Japanese orphan, Clelia’s heritage is riddled with dark secrets that threaten anyone she loves. In a recurring nightmare she sees Josselin, the haunted man who abandoned their village nine years earlier, come for her, but she doesn’t know why. All she knows is that she has to run. As fast as she can.
Leader of a paranormal crime taskforce, Josselin de Arradon is called back to his hometown with a mission–find and kill the firestarter responsible for Larmor-Baden’s blazing destruction. Sensing that Clelia is the key to solving the crime, Josselin kidnaps her to use her as bait. The battle doesn’t turn out quite as he expected. Nothing could have prepared him for the truth, or the depth of his desire for his prisoner.
This is Book 1 of the Seven Forbidden Arts series, but reads as a stand-alone. It contains adult content with explicit language and consummated love scenes. Suited for an adult audience. 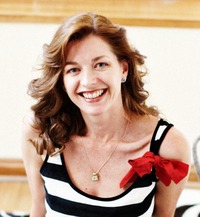 Pyromancist is an intense paranormal romance with a strong tension between the main characters and a solid plot.

It all begins when a series of fires threats the village and Clelia is afraid of being the one behind them. Add the return of the sexy, mysterious Josselin de Arradon. With his long hair, killer body and a macho alpha personality, he comes to rock her world and present her a new reality.

Clelia is not the typical heroin, not only for her personality but also physically. A Japanese descendant, she has all the features of the Asian people and she's beautiful. Growing up in a small village, always surrounded by the same people she has a naive personality. At the beginning she is like a child who hasn't seen the world. Of course the story leads her to grow up fast and face some danger situations.

There were various elements I enjoyed about this book. Number one: the setting, the small village in France with its ancient buildings and the entire paranormal element was the perfect scenario for the story.
Number two: the sexiness. OMG! The tension was too much for moments. Clelia and Josselin have a turbulent relationship. The spark flies all the time, the energy between them is almost suffocating and whenever they are alone the temperature goes wild.
Number three: the writing style and the dialogues. It’s true that the dialogues were out of this era, Josselin talks like a man from the middle age but I don’t care. This is fiction and his talking sounded sexy and that’s what’s important. The writing was flawless and engaging.

The plot was solid as I said, everything was connected to the bigger picture, the outcome sounded believable and I can see other books in the future.

I do have to say that I would have chosen a different name from Josselin or used a short like Joss (which he hates) but it’s ok this fact didn't make the book any less good.

Overall, if paranormal romance with good sexual tension is something you enjoy, trust me you should READ this one.