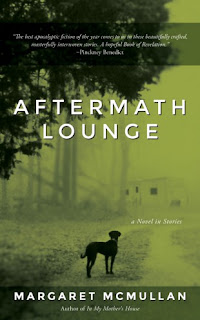 On August 29, 2005, Hurricane Katrina destroyed 95% of the small coastal town of Pass Christian, Mississippi. With a 28-foot storm surge, the highest recorded in U.S. history, 55-foot waves, and winds reaching 120 mph, the town was wiped off the map—temporarily.Award-winning author Margaret McMullan saw the destruction firsthand. Her family’s historic Gulf Coast home—her father’s beloved southern jewel—was one of the houses in Pass Christian devastated by Katrina. Despite the chaos immediately following the storm, McMullan’s family was among the first to rebuild and donated to the Red Cross, the Pass Christian fire station, and the Pass Christian library. During this time, McMullan witnessed small acts of heroism that inspired her to write about the community and its people, and how tragedy shapes our character. In 2010, she was awarded a National Endowment of the Arts Fellowship to complete the project.Born in part out of her family’s deep connection to the community, Aftermath Lounge: A Novel in Stories (April 2015, Calypso Editions) releases at the 10-year anniversary of Katrina and comprises fictional vignettes about the people of Pass Christian in the storm’s wake. The stories are connected by a setting near to the author’s heart—the McMullans’ home, which was originally constructed in 1845 and restored by her father numerous times over the years. Aftermath Lounge is a compelling tribute to the Gulf Coast and resurrects the place and its people alongside their heartaches and triumphs. It is a riveting mosaic that feeds our desire to understand what it means to be alive in this day and age. 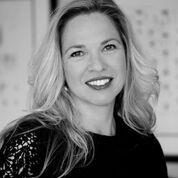 recipient of a 2010 NEA Fellowship in literature, a 2010 Fulbright at the University of Pécs in Pécs, Hungary, and the National Author Winner of the 2011 Eugene and Marilyn Glick Indiana Authors Award, Margaret McMullan is the author of seven award-winning novels. In 2015, she and Phillip Lopate curated Every Father’s Daughter, an anthology of essays about fathers by great women writers such as Alice Munro, Ann Hood, and Jane Smiley.
Margaret’s novels include Aftermath Lounge, In My Mother’s House, a Pen/Faulkner nominee; Cashay, a Chicago Public Library 2009 Teen Book Selection; and When I Crossed No-Bob, a 2008 Parents’ Choice Silver Honor, a 2007 School Library Journal Best Book, an American Library Association Best Book for Young Adults, a Booklist 2009 Best Book For Young Adults, and a 2011 Mississippi Center for the Book selection at the National Book Festival in Washington, D.C. Both When I Crossed No-Bob and How I Found the Strong won the Mississippi Arts and Letters Award for Best Fiction (in 2004 and 2008), the Indiana Best Young Adult Book (in 2005 and 2008), and they are both New York Public Library A-List Books for Teens. How I Found the Strong was also named an American Library Association 2005 Notable Social Studies Book, and a Booklist’s Top Ten First Novel for Youth. Sources of Light is an American Library Association 2011 Best Book for Young Adults, a Best 2011 Book of Indiana, and a Chicago Public Library Teen Selection.

Margaret’s work has appeared in The Huffington Post, The Chicago Tribune, The Millions, Teachers & Writers Magazine, Ploughshares, Southern Accents, TriQuarterly, Michigan Quarterly Review, The Greensboro Review, Other Voices, Boulevard, The Arkansas Review, The Montréal Review, National Geographic for Kids, The Southern California Anthology, Southern Accents, and The Sun among several other journals and anthologies such as Christmas Stories from the South’s Best Writers. A 2007 Eudora Welty Visiting Writer at Millsaps College in Jackson, Mississippi, Margaret has taught on the summer faculty at the Stony Brook Southampton Writers Conference in Southampton, New York, at the Eastern Kentucky University Low-Residency MFA Program, and at the University of Southern Indiana’s Summer and Winter Ropewalk Writers Retreat. She was the Melvin Peterson Endowed Chair in Literature and Creative Writing at the University of Evansville, where she taught for 25 years. She writes full time now and serves as a faculty mentor at the Stony Brook Southampton Low-res MFA Program.

Aftermath Lounge is a book that intertwines stories in such a perfect way that it's almost as watching a movie. After Katrina many lives were destroyed. Not only houses were turned into ashes, people had to learn to re-build their lives. Those who survived had to face grief, sadness, sorrow and the happiness of a new chance.

In this book the author goes life by life showing us how we are all connected and how an event such as this affected differently to various families and individuals.

The writing is excellent and flawless. This author has a gift with words and she manages to drag you into the story and makes you part of it. You can feel the emotions and it’s hard to separate yourself from the book.

This book is a good example of the human condition, of perseverance and hope. It’s a reminder of the strength within us that allows us to overcome even the worst disasters.

Overall, this is a great book based on real facts and events. The passing is steady and the chapters flow naturally. A really good tribute to those who survived and those who perished as consequences of Katrina.