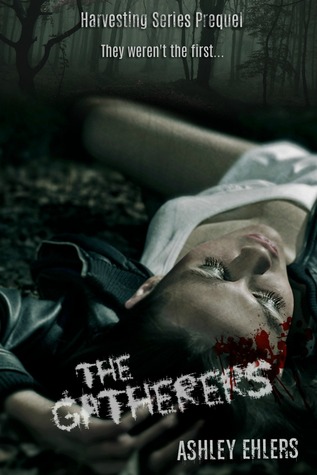 
Ashley and Jason weren't the only ones to have an encounter with The Harvesters that day....
Coleen hasn’t been the happiest with her father remarrying, especially to the mother that gave birth to her enemy, Virginia. Bleach blonde bimbo as Coleen thought the moment they started high school. But since they’ve graduated, their parents married for a year now, Coleen has seen a whole new side of Virginia and the girls have gotten closer than ever. However the parents don’t see it, as the girls put up a front, so they plan a getaway to the family’s cabin before the girls go off to college.
Being away from the city is exactly what the girls wanted. Virginia even has something special planned for Coleen on this holiday and being out in the woods is the perfect setting for it. Though things get put on hold when their family dog Trudy runs away and Coleen’s step mother insists she goes out and find her. So as Coleen walks into the woods she gets a chilling sign from her step mother, Tori, which starts a domino effect of bloody unforgettable events.

In this prequel we discovered that another horror story occurred before Ashley and Jason had to survive in the woods.

This time we have two step-sister that find themselves fighting for their lives from a group of crazy men in the woods. Basically Virginia's mother married Coleen's father and since then the girls have been closer than their parents imagine. When Trudy, the dog, can't be find anywhere Coleen goes into the wood looking up for her.

The story is really fast, there is a lot of adrenaline and action. The tension is there and you can feel the fear going through the girls.

Of course this is a short story and you can read it in less than an hour so there's no much character development but from the blurb and the girls POV we can create a complete idea of each one of them.

There was a twisted turned at the end, but we know Ashley loves to bring unexpected surprises at the end of her stories.

I liked it and I think that if you've read the The Harvesters you'll enjoy this one.