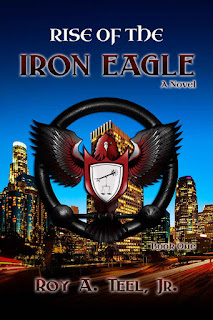 Synopsis:
The city of Los Angeles is no stranger to violence. It has both a colorful and grotesque history with it. Sheriff's Homicide Detective Jim O'Brian and FBI Profiler Special Agent Steve Hoffman are also no strangers to the violence of the sprawling metropolis, but in the past decade something has changed. There's a serial killer preying on other serial killers - some known by law enforcement, others well off radar. "The Iron Eagle," a vigilante, extracts vengeance for the victims of Los Angeles' serial killers. His methods are meticulous and his killings brutal. With each passing day, "The Iron Eagle" moves with impunity through the streets of Los Angeles in search of his prey. O'Brian and Hoffman create an elite task force with the sole purpose of catching "The Eagle" and bringing him to justice. But the deeper they delve, the more apparent it is that he may very well be one of their own. As the two men stare into the abyss of their search, the eyes of "The Iron Eagle" stare back.

*Content Warning: The Iron Eagle Crime novel series contains mature subject matter, graphic violence, sexual content, language, torture and other scenes that may be disturbing to sensitive readers. This series is not intended for anyone under the age of eighteen, reader discretion is advised. 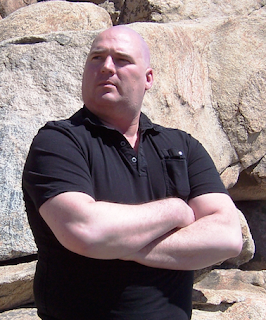 On May 11, 1995, at 30, Roy’s life was irrevocably changed. After walking into the hospital, he was admitted and later received the worst possible diagnosis – Primary Progressive Multiple Sclerosis. His doctors gave him two years to live, and he left the hospital in a wheelchair. After battling Multiple Sclerosis for nearly 16 years, Roy began devoting his energies and passions to the full-time art of storytelling. His disability has brought with it an unforeseen blessing. He can finally take medications to alleviate some of the pain from his MS and focus on the pleasures of character creation and the joys of putting words to paper.

As an author, Roy A. Teel Jr. is very diverse, and his works include both fiction and nonfiction. His previous works include The Way, The Truth, and The Lies: How the Gospels Mislead Christians about Jesus’ True Message (2005), Against The Grain: The American Mega-Church and its Culture of Control (2008), Light of Darkness: Dialogues in Death (2008), and And God Laughed (2013).

In 2014, Roy began publishing his latest and largest project – a 15-book geographically-centered hard-boiled, mystery, suspense, thriller crime series: “The Iron Eagle Series.” The main character, a former Marine Corps Black Operative turned rogue FBI agent, hunts serial killers in Los Angeles. Each novel addresses different subjects, and while fiction, all titles deal with real world subject matter. “The Iron Eagle Series” is not about things that can’t hurt you. What happens in these novels can happen to any one of us if we let our guard down and/or are in the wrong place at the wrong time. To learn more, go to http://ironeagleseries.com/

Roy lives in Lake Arrowhead, CA with his wife and children. Readers can connect with him on Facebook, Twitter, and Goodreads. 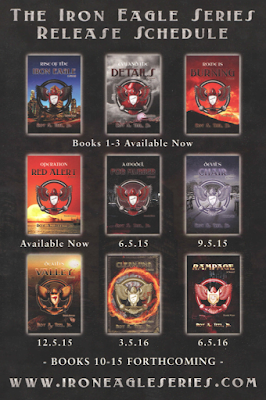 Rise of the Iron Eagle (Book One) by Roy A. Teel
From the opening of Chapter 8:

John walked into Starbucks at the corner of Topanga and Lassen just before six thirty a.m. He got a coffee and a copy of the Daily News, and the headline said it all, “‘Billy the Kid,’ Crips Gang Member and Serial Rapist, Body Found in Legion Park: Iron Eagle Said to Be Killer.” He shook his head, “I should really start looking for the people who leak this stuff.” He walked to a flower shop a few doors down to purchase a dozen long-stemmed red roses. His truck was parked in front of Country Deli, a local landmark for nearly fifty years. He knew the area very, very well, but he knew it for all the wrong reasons. He pulled out of the lot and headed west through the neighborhoods of oak and eucalyptus trees, following Lassen as it turned from a busy thoroughfare into a quiet neighborhood of post-World War II homes and horse properties, until he reached the entrance to Oakwood Cemetery.

He parked his truck outside the large black wrought iron gates and the ivy covered brick walls of the cemetery and walked through the entrance and up the steep incline of the main road. He walked past a blue and white striped tent; a small backhoe sat quietly where fresh earth had been moved, and a concrete burial vault sat on the ground next to the newly-opened grave. He walked out into the cemetery grass and stopped in front of a grave marker set beneath a huge California Live Oak. He looked at the gray and white granite and its inscription, ‘Amber Lynn Swenson.’ He knelt and brushed away the fresh cut grass, so the whole inscription was revealed. ‘Loving Wife and Beautiful Soul. April 8, 1978 – March 20, 2003.’ Placing the flowers on the stone, he sat down, leaning his back against the tree. “I miss you, honey. I miss my best friend.  I’m sorry I’ve been away for so long.” He heaved a sigh as a tear rolled down his face, and he whispered, “I’m still looking for him, Amber Lynn. For the man who took your life and our life together away.” He wiped the tears from his eyes, his lower lip quivering. “I know I’ve told you, and I don’t know if you are somewhere where you can hear me or not, but I’m sorry. If I had just been on time that night, he wouldn’t have gotten you.” He wiped the stone with a handkerchief from his pocket and laughed. “You always made fun of me for being old fashioned … but you were glad I had it the night I asked you to marry me. How could I know that this same piece of linen that dried your tears of joy at our engagement would later dry my tears of sorrow at your funeral.” John paused for a moment, his anger rising up. “He’s still out there, Amber, hurting women and children. I can’t let that continue. I will find him…and I will avenge you and all the others he’s tortured and killed. He’s a sly one; so far below the radar not even law enforcement sees his pattern or knows that he even exists. The randomness of his killings and the large area that he covers is his protection. I thought I had him with Roskowski. He was evil but wasn’t the man who did this to you.”

He stood up and walked toward the unmarked piece of land next to Amber’s headstone. “This is my spot, baby, right next to you. I’m not afraid of death…I’m afraid of dying before I catch him and bring him to justice.” He leaned down on his hands and knees and gently touched his lips to her name. “Rest, my angel. The next time I come back, it’ll be to tell you that I got him.”