The Carthenogens, “saviors” from another planet, assumed total control of Earth by preaching peace. Eighteen-year-old Vaughn Killian, son of the US ambassador to Thailand, knows otherwise; they killed his parents, forcing him to survive as a rebel for two hellish years in a purge of Bangkok.
Now millions are dead and thousands are disappearing in massive airlifts every day, and Killian saw it all. The almond-eyed tyrants have a stranglehold on that information, all militaries, and the world at large.
Killian is determined to “resist to the death” and seizes the opportunity to join Black Saber, an elite cadre formed to oppose Carthenogen tyranny. To qualify, he and eleven other candidates must undergo a trial mission on Planet Veritas, a rugged mining outpost where the atmosphere makes people reveal their true selves.
Killian must keep his past a secret at the risk of imprisonment. It’s a hard thing to do with a body full of scars—especially when Stiles Kerrington, an entitled son of a former US vice president, has singled him out for disqualification. If he fails the mission and can’t continue the fight, he’ll be jailed while the docile population on Earth is consumed, one city at a time.

You can learn more about the book and the author here: WEBSITE | FB | TWITTER | GOODREADS | AMAZON| GOOGLE+ |

I highly recomend you to visit the website and see some of the graphics the author created for the book. They are AMAZING!!!! 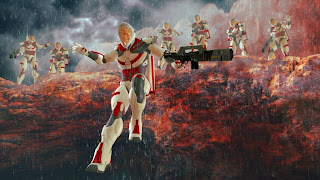 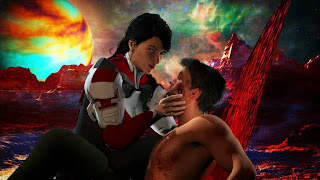 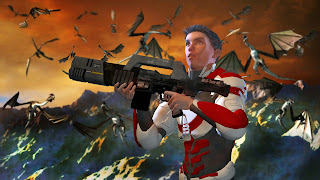 Imagine going to a place that literally force you to speak the truth. Reveal your true self and your darkest secrets can sound very scary but for the young candidates this is a reality they have to face in this book.

Long story short, Killian had to witness his parents death and the Carthenogens taking control under the false speech of peace. Surviving as a rebel for a while, Killian had to do and see some crude realities. A serious of events presents him the opportunity of fighting against this evil (the savior comes under the name of Black Saber). When the opportunity comes to join them he will do what it takes to be a part of the group.

Mission Veritas is a really well thought sci-fi story, you can see all the hard work made by the author to create a story that not only is exciting but has a solid plot. The action is always present and there are good moments full with tension and a sense of danger during the mission that creates an atmosphere full of adrenaline.

I absolutely loved the idea of the planet they visit for the mission. Every scenario is described in a way that makes it easy to imagine the place, the narration also makes you believe that you are there living the action with the rest of the characters.

As any good sci-fi there are a lot of characters. In this case the group of candidates consists in twelve young males and females. I wouldn’t say that we really get to know each character but they do have unique personalities traits that help you distinguish one from another. Killian of course is my favorite with his sense of justice, honor, bravery and a search to do what’s right. He has a good adversary in the body of Kerrington. He is the classical “I’m the best” type of guy, arrogant and an asshole not so deep down.

Overall, if you like sci-fi this one is a good choice. The author did some graphics for the book that you can see on his site that are AMAZING!!! They help you put a face on the characters and also they look like part of a video game (one I would love to play).