Review: The Girl In Between by @LaekanZeaKemp 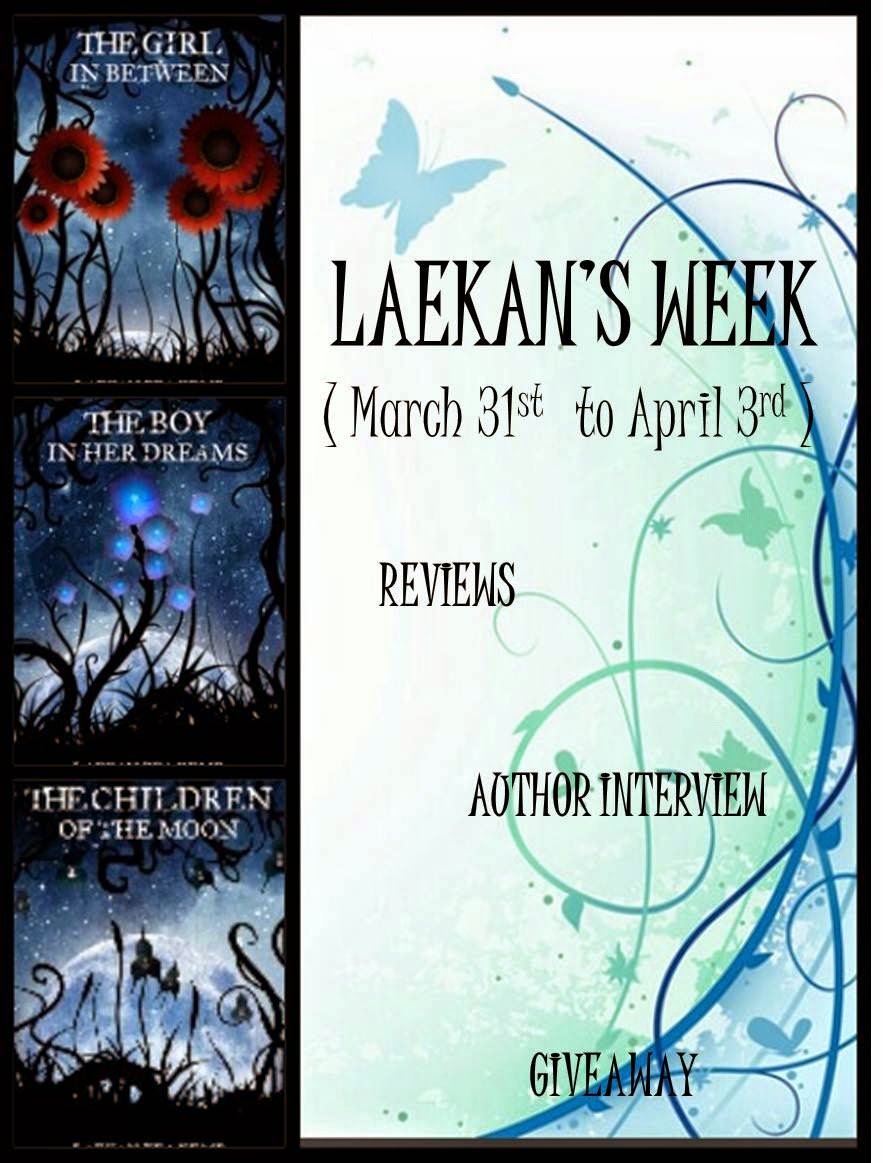 Celebrating the release of book number 3 in "The Girl In Between series" I'm dedicating this week to Laekan and her awesome books.
This week you will learn about the series and my opinion on the first two books. Also we have an interview and a giveaway!
So keep reading and get ready to come back!!!

Bryn Reyes is a real life sleeping beauty. Afflicted with Klein-Levin Syndrome, she suffers episodes of prolonged sleep that steal weeks, and sometimes even months, from her life. But unlike most KLS patients, she doesn’t spend each episode in a catatonic state or wake up with no recollection of the time she’s missed. Instead, Bryn spends half her life in an alternate reality made up of her memories. For Bryn, the past is a place, until one day a boy she’s never met before washes up on the illusory beach of her dreams with no memory of who he is.
But the appearance of this strange boy isn’t the only thing that’s changed. Bryn’s symptoms are worsening, her body weakening as she’s plagued by hallucinations even while awake. Her only hope of finding a cure is to undergo experimental treatment created by a German specialist. But when Dr. Banz reveals that he knows more about her strange symptoms than he originally let on, Bryn learns that the boy in her head might actually be the key to understanding what’s happening to her, and worse, that if she doesn’t find out his identity before it’s too late, they both may not survive.

Laekan is a writer and explorer extraordinaire who grew up in the flatlands of West Texas. She graduated from Texas Tech with a BA in Creative Writing and is the author of the multi-cultural New Adult novels The Things They Didn't Bury, Orphans of Paradise, and Breathing Ghosts. Follow her adventures here on Goodreads, on her blog, or on twitter.

What if dreams were more than mere dreams? The Girl In Between presents us Bryn a girl with KLS (Klein-Levin Syndrome) who starts to dream about a boy. Put that way it sounds like a simple story, however, nothing is simple when you live with a condition that makes you sleep for days or weeks, even months.

Bryn suffers from a rare condition. To be honest before reading this book I had no idea of what KLS was. Luckily the author does a great job explaining in simple way and giving examples what is like to live like that. Bryn has spent most of her life trying to find a cure because she is even more special than the majority of KLS patients. She dreams and they are not supposed to dream.

Things get even stranger when a boy appears in her dreamland. A boy who doesn't remember a thing about his past or his life. So the big question is: Is he real or a figment of her imagination? The way in which events unravel is magnificent. The words drag you into the world and you experience the surprise, the fear, the adrenaline, the shock as if you were there.

Both Bryn and the boy (I won't say his name) have really good personalities. They become tridimensional characters and it's easy to like them. Also, there are some incredible secondary characters. Her mother and grandma, Dani and Felix, they are really funny and likeable. In addition to them, we also have a couple of German doctors who seem a bit creepy at first but will have a relevant role in the story.

I loved how vivid and colorful the dreamland was. The author created an outstanding sub-world that has its on dynamic. There is a lot of movement and action going on.

The book is filled with emotions. One of my favorite things about this author is how easily she uses words and metaphors to represent human emotions. You can almost touch the anguish, the sadness and also the happiness and joy.

The storyline is excellent. It moves fluently and it has a solid plot. I do have to say that there is a HUGE cliffhanger at the end and you should pick up book 2 immediately.