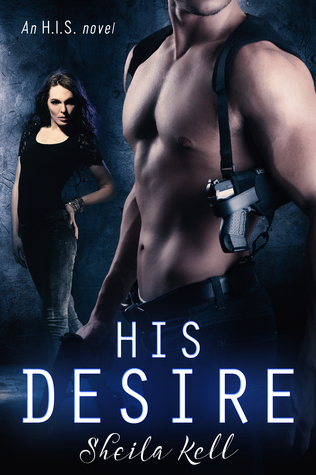 When FBI Special Agent Kate Ross is injured in a drive-by shooting, Hamilton Investigation and Security, Inc. (H.I.S.) leader Jesse Hamilton, believing she is the target of a killer seeking revenge against him, pulls the full force of H.I.S. into action to protect her.
Kate doesn’t believe Jesse, the only man to make her seethe one minute and lust after him the next, when he approaches her with a note from the Facilitator stating someone he loved would die shortly, and he knows in his gut it’s Kate. After a second attempt on her life, she can no longer fight his protection or her attraction to him.
After making a mistake that cost his wife her life, Jesse vowed to never love again, but Kate stirs something in him that puts his protective instincts into overdrive. Keeping her alive and out of his heart is more difficult than he expected. Then he makes a decision that could cost Kate her life. Is history due to repeat itself?

Sheila has been an avid reader since she was young, believing in fantasy worlds, women sleuths and happily-ever-after. Instead of writing as a career, she followed in her father’s footsteps and joined the U.S. Air Force. After 12 years, she left the military as a disabled veteran then spent 12 years in higher education executive leadership. After reading her first romantic suspense novel, Sheila finally knew what she wanted to write. She has since retired to fulfill that dream. When not writing, she reads or spends time with her family. She lives in Batesville, Mississippi with three rescue cats.

HIS Desire has all the ingredients to be a sexy thriller with action and twists that are incredible. However, somewhere along the sexual tension, the mystery behind the attacks and the growing passion, the story lost me.

Kate, and FBI agent, gets mixed with Jesse. Since the begining is obvious that the two personalities will get attracted but neither of them wants to give in to the tentation.

The story behind the attacks is very solid, the background is well thought and most of it sounds believable. There is guns, shooting and death. All good elements to make it a good read.

So... why I didn't like it? The characters. Jesse personality was so annoying and unreal. He acts like a teenager some times and his fear sometimes seem unrational. I get that he doesn't want to hurt her and all, but come on... grow up, men up and go for her. And besides he kisses almost at the start of the book and then backs up. What!!!??? You cannot kiss her at the beginning and then act like a brat. Because he is worse than women for moments. I have more complaints about his behavior but I don't want to sounds like a whiny girl.

Kate is ok but somehow she fails to be the amazing heroin we want in our leading lady. Her personality is not strong enough, she immediately goes under Jesse wing and for me she didn't fight for her independence. And of course when she decide to do something on her own, things go the wrong way and he has to save her.

Another thing that bothered me was that a few crucial points were SUPER PREDICTABLE. I won't say what they were because I don't want to spoil but if you are an avid reader you will know what I'm talking about.

Now... this is an adult book with sex in it. I have to say that the scenes were good written, the temperature was ok and the author manages to create enjoyable scenes with believable content.