Review: The Voice in My Ear by @newkman61 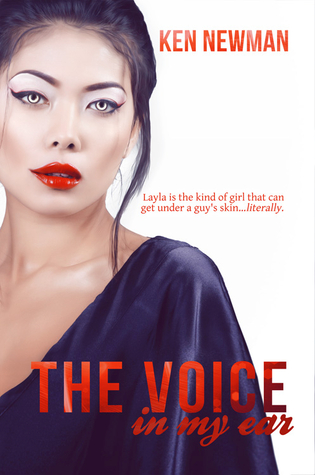 Layla is the kind of girls that gets under a guy's skin...literally.
Mere moments from a gruesome death, Zack Cole makes a deal with a mysterious stranger. To live, Zack reluctantly becomes the guardian of Layla, an exotic woman struggling under a terrible curse.
The spirit of a 4,000 year old witch, Layla exists as a living tattoo, unable to survive without a willing host.
Despite a rocky start, Layla discovers an intimacy and passion with the cocky, womanizing Zack that transcends her dreadful curse. Determined that Zack will be hers, Layla uses her vast power to help him solve the mysteries surrounding his attempted murder, unaware that Zack is the target of a vicious band of outcasts on a deadly mission for God.

Ken Newman has loved stories of the supernatural since listening to his grandmother's tales of witches, haints, boogers, and catawamps when he was a child. Author of urban fantasy novels, The Paladin, The Ark, The Voice in My Ear, and the upcoming Black Opal Books, Forsaken, his fiction reflects his Tennessee roots and his love for all things-that-go-bump-in-the-night.
Mixing folklore with modern themes, Ken's novels create a twisted universe of supernatural creatures and larger-than-life heroes where nothing is as it seems.
When not writing, he enjoys sculpting, cheesy monster movies, and building the occasional trebuchet.
A member of the Authors Guild of Tennessee, Ken lives in East Tennessee with his wife Christian and their three zany daughters.
Please feel free to contact Ken, he would love to hear from you.

The Voice in My Ear is a paranormal, fantasy book that deals with ancient witches, demons and sort of angels. When Zack leaves hospital after a miraculous recovery, he discovers a strange tattoo in his back. This tattoo is more than just ink.

To make things short I will say that this ancient witch Layla, who is now trapped as this lovely skin mark, comes to Zack life to bring trouble. She is a crazy person. In her messed up mind she falls for him and tries to keep him for herself. Also, they have to deal with a group of nut heads who call themselves soldiers of god. Of course they justify killing in the name of god as a good thing. They made the book much more interesting.

The reason the book doesn't really got me is that at first is hard to really figure out what's going on. I thought it was about aliens!!! But boy I was wrong.

I think the author did a good job adding all the magic elements, the ancient legends and he created a solid background. There is some action, chasing, bullets, blood and overall it’s a fast read. If you get to figure who is who and understand the reason behind everyone’s action I think it’s an enjoyable book.

The writing is good and it's easy to follow the action when it comes. The bad guys are well portrayed. The dialogues are entertaining and they come naturally.