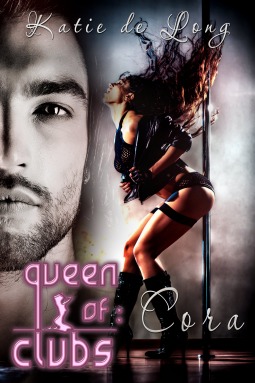 The exotic dancers and employees of the Queen of Clubs walk a fine line, with only wits, beauty, and market savvy to keep them from toppling into the shark pit. Ride shotgun through lapdances, romance, and sexual awakenings. Don't worry, these girls won't ask what your hands are doing under the tip rail.
Cora, an adventurous student, finds herself auditioning for a stripping gig...and it comes with more than the asking price, including a very attractive DJ.
Queen of Clubs contains adult content, and is intended for mature readers. Each Queen of Clubs is a standalone novella length work. 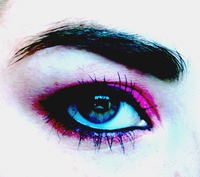 Katie de Long lives in the Pacific northwest, realizing her dream of being a crazy cat-lady. As a kid, Katie flagged the fade-to-blacks in every adult book she encountered, and when she began writing, she vowed to use cutaways sparingly. After all, that’s when the good stuff happens. And on a kindle, no one asks why there’s so many bookmarks in her library.

Overall, it's a good read. If you want a fast and enjoyable story with mature content I think this one is a good choice.