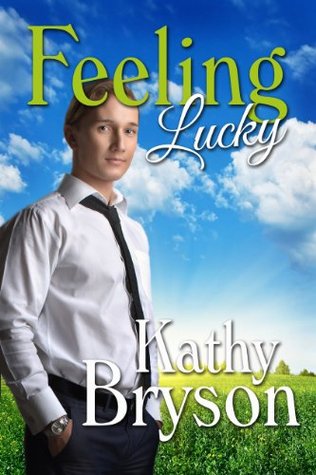 So, Megan O’Malley gave in to drunken temptation and pinched a cute guy’s ass at her cousin’s wedding. Who’d have thought a perfectly normal guy—okay, a bit short—was a leprechaun or that he’d have such a bad attitude about giving away his money?! Now that she’s captured him, Megan may be five million dollars richer, but she’s also got an angry leprechaun camped out on her sofa, doing his best to prevent her from becoming the business mogul of her dreams! Fergus O’Reilly cannot figure out what he’s done to upset the Queen of the Fairies. He was working hard to rebuild his family’s honor when he took one small break to help friends play a wedding. Then some drunken lady pinched his ass, the Queen declared him caught, and now he’s broke, homeless, and hustling to stop the lovely lady with the wandering fingers from spending his money! This would be so much easier if she wasn’t cute and caring and determined to help with his so-called money addiction!

Kathy Bryson knew she wanted to be a writer when she finished reading through her school and local children’s libraries. She spent 20 years honing her writing skills on marketing brochures, websites, and several unfinished manuscripts before going into teaching and finishing a book with all the stuff she enjoys most – from coffee to love to Shakespeare! Kathy lives in Florida where she caters to the whims of two spoiled cats and wonders what possessed her to put in 75 feet of flower beds.

Feeling Lucky is a funny, light romance with a lot of fantasy involved.
After trashing her cousin's wedding, Megan finds herself surrounded by magical creatures who will turn her life into a crazy rollercoaster. And to make things even better, she gets stuck with an angry but cute leprechaun and his five million fortune. Yes... a recipe for disaster and fun.

Megan is a forty-year-old woman who enjoys life by partying, drinking and having fun. Don't get me wrong, I think she is fantastic and her personality is really likeable. She does whatever she wants despite what people thinks but without being reckless or hurting people (of course the incident at the wedding is the only exception).

Fergus O’Reilly (the cute but temperamental leprechaun) is an interesting but simple character. He is not easy to figure out and his personality is like all over the place. He is supposed to have this money addiction and for moments is sweet but for others acts like crazy. I couldn't really like him, despite he has some hilarious scenes.

There is a lot of fantasy in the story which I really liked. I think is amazing to think of a world where fairies and other creatures are real and coexist with us. They make the world more surprising.

The plot is good, the story moves on naturally and it's enjoyable.

Overall, this is a good romance with doses of humor and good characters.