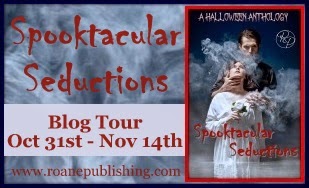 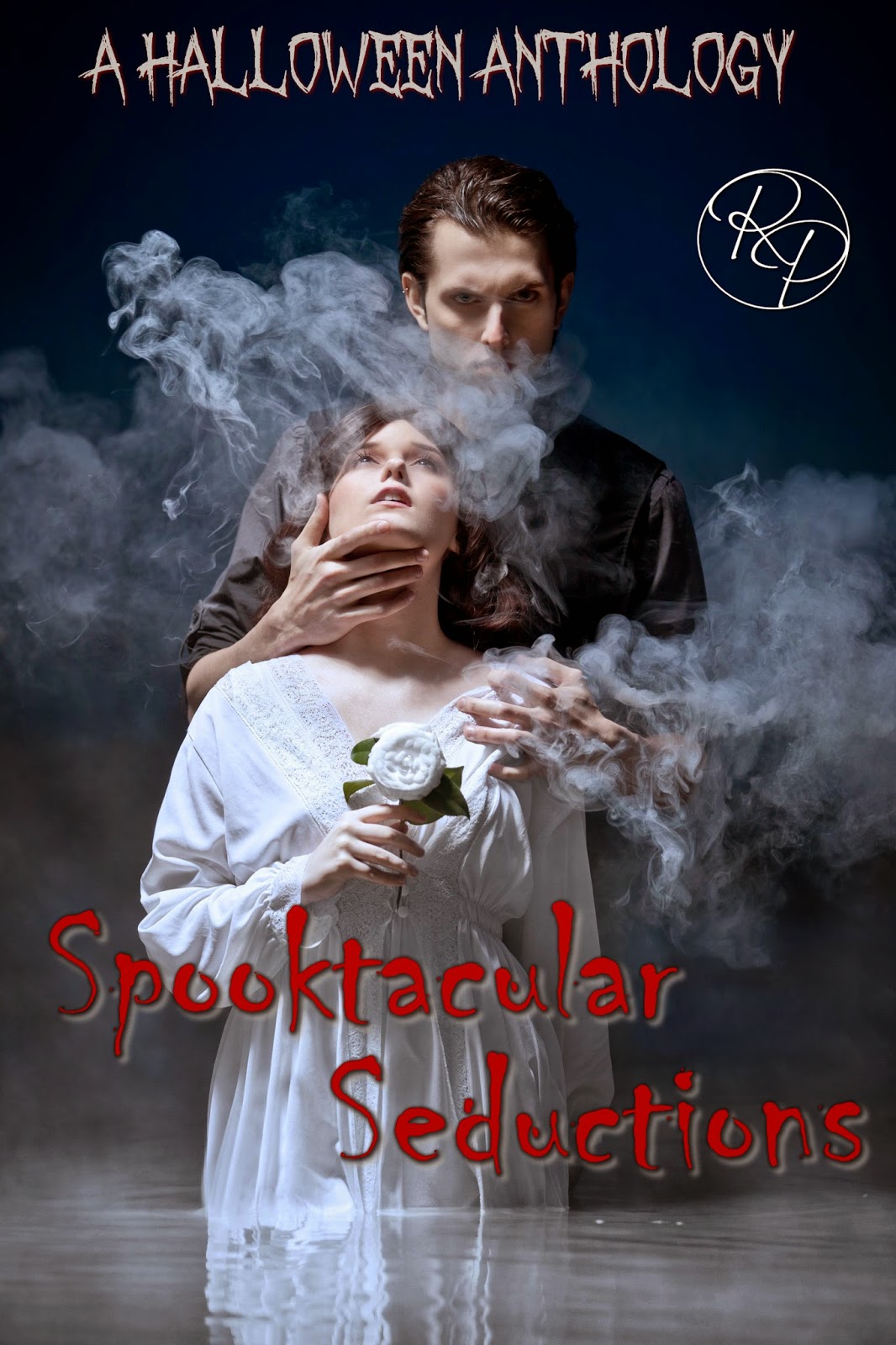 Fiona Mikolas is an outcast, branded by her fiery red hair and a purple birth mark—both signs of the devil. Two years earlier, she survived an influenza outbreak that claimed her peddler husband, Gregos, and her baby son, Tito. Now she lives a solitary life, traveling a circuit of southern states in America and selling healing potions. Until the night of All Hallow’s Eve, when her lonely life is changed by the arrival of two strangers in her camp.
Beaten and robbed, rancher Hagan Fletcher stumbles toward the light of a campfire in south Texas, intent on finding a way to retrieve his stolen stallion. When he awakens, he’s forgotten his name and how he came to be in the company of an exotic beauty. Fiona’s ways are a mystery but when her quick-thinking saves his life again, he looks deeper beneath the surface to who she really is.

Garden of Souls by Michelle Ziegler

Something, or someone, pulled Miranda to purchase the old carriage house.  It was a great deal, most likely because of the cemetery or the unexpected resident, Thomas. The ghost she finds within the sanctuary of her new home should have scared her. Instead she finds herself falling in love with him.
Now, a few days from Halloween, Thomas continues to push her to live her life.  He wants one night though; the one night of magic for the dead.  Torn by her love for Thomas and her need for reality and human contact, Miranda takes a chance with Sean. Someone who’s alive. The guilt is eating away at her. Sean’s nice and he hasn’t run off yet, pushed away by her craziness. Miranda knows she can’t split her herself.
Choosing her heart’s desire doesn’t seem possible, but living and loving another seems like a life riddled with pain.

If This Be Madness by Echo Shea

Don’t let me go…
Those are words that break her. When the person you love most is gone, how do you let go?
And, more importantly, who will you be once you do?

Ghost of a Chance by Lily Carlyle

After years of having her college boyfriend Sean as an ex with benefits, Julie believes he is finally, irrevocably out of her life. Forever. And it breaks her heart.
Until one night he shows up at the neighborhood hangout—with a mysterious job, luxurious car, and fabulous digs. Not to mention a new determination to woo Julie.
Even as her mind says no, her heart—and other parts of her body—is saying yes, yes, yes!

Do You Believe in Ghosts by Anne Higa

Jeff Austin-LeGrange has been fleeing from the remnants of his dark and haunted childhood his entire life. The past always catches up to us, and his is no exception.
Alice Hopkins, Jeff's high school sweetheart, has tried to forget him and tried to move on. You never forget your first love.
When Jeff's mother dies and Alice's father falls ill, the two are forced to confront their mutual history and their deepest desires. One thing is sure: neither of their lives will ever be the same again. Perhaps, the past can be overcome. Perhaps, it is not too late to believe in miracles. Perhaps, more than one couple will be reunited this Fall.
Who can say? With a little magic, anything is possible.

Spending Friday night in an abandoned amusement park sounded like an awesome idea to motherless, teenage track star, Remy Bordeaux—empty rides with no queues, and time alone with his best friend’s alluring sister, Rafaela, was sure to make for a memorable night.
But Friday night at Six Flags became memorable for all the wrong reasons when the park turned out to not be so abandoned after all. Rafaela goes missing after getting cozy with Remy, and everyone thinks that Remy is responsible, even his best friend.
It will take another trespassing trip to Six Flags for the truth of Rafaela’s disappearance to be revealed and for the riddle of Remy’s birth to be unraveled.

Where Angels Tread by Christy Thomas

Loralei takes extreme measures to prove her cheating husband has forsaken their bows by seeking confirmation from a fortune-teller. The truth revealed is that she’s been unfaithful in a six hundred year old spiritual marriage.
Samael, the Angel of Death must assist a young girl’s soul in ascending to heaven. An unexpected encounter with his estranged wife distracts him and the precious soul is lost.
Working together to save the endangered soul, they find the price to reach her is higher than they both anticipate.

Aggie Pierce owns a quaint little spot, the Spooky Hollow Cafe'. Tourist come from all over the nation to her confections diner for the entertainment. Real live interacting ghosts make appearances once a day, you just don't know when.
But, when a ghost's crush becomes an obsession, just how far will a hero have to go to save Aggie's life?

Spooktacular Seductions is the perfect anthology not only for the Halloween time but for every time you want to read a story with a little bit of terror in it.

Composed by eight stories that will blow your mind in different ways, this is a set of unique stories. Each one has its element of paranormal, ghosts, death, angels or just spooky in it. The writings styles are really different one from another so it's hard to say something about it. However, I will say that the authors did a great job creating palpable worlds, likeable and real characters. They achieve the task of making the feelings and emotions real and what's more important the language and use of words is superb. The book has an excelent quality and there are no flaws to mention.

There are some stories I enjoyed more than other, I won't lie, but I found something good in all of them. In Bewitching Gypsy there is a fantastic witch and a good ending. In Garden of Souls the ghost was too gentle and human and it was impossible not to love him. If This Be Madness is really creepy and the perfect example of terror. Ghost of a Chance is sweet, addiction and it's full of action and the ending is breathtaking. Do You Believe in Ghosts is a really good story about forgiveness and moving on. Encantado was one of my favorites, the outcome is espectacular and the characters are great. Where Angels Tread is a story about endless love and angels. This one is really good because you can feel sadness and pure love through the words. Spooky Hollow Café is really entertaining, full of adrenaline and action and of course romance.

Overall, an excellent anthology. Very recommendable for lovers of paranormal and short stories.