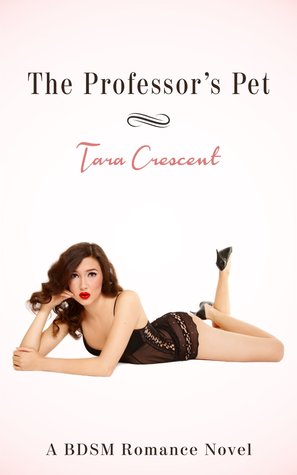 Have you ever been dangerously attracted to your professor?

Jake Ballard. He is smug and mocking, but his body is the stuff of epic fantasy. Now, through an unfortunate twist of fate, he holds my smut-filled Kindle in his hands.

I have a decision to make. Can Professor Ballard be my instructor in this world of bondage, dominance, and submission? And, eight weeks later, when my class is at an end, can I walk away from Jake?


ADD IT TO YOUR TBR-LIST: GOODREADS
BUY IT: AMAZON

First of all let me tell you that if you are looking a taboo relationship in this book, you picked the wrong book. Yes, Jake Ballard is a professor at college and Emily was his student at some point during her college career. However, when the story starts they are no longer student-teacher. She calls him Professor only because is his profession and the whole Dominant-Submissive link.

The story flows fast given the length of the book. We have some time jumps to give the sensation of evolving and the scenario changes a couple times. However, I never truly felt a complete atmosphere. Something was missing and maybe it was only more descriptions about their whereabouts but I understand that it isn’t possible in 160 pages (more or less).

The characters are ok. Despite there is not much character development, they have defined personalities. They have an interesting dynamic with nice dialogues.

At some point the book becomes a classic romance with more sex in it. I think that’s when the book lost me. Emily starts to question herself if she can handle a being in a merely sexual relationship and feelings get in the mix. From then on it gets a little predictable.