Welcome to the Summoned Blog Tour. Let me start by saying I LOVE the cover, isn't the bad boy attitude something we all love??? I'm in love of the male model they chose for this cover. 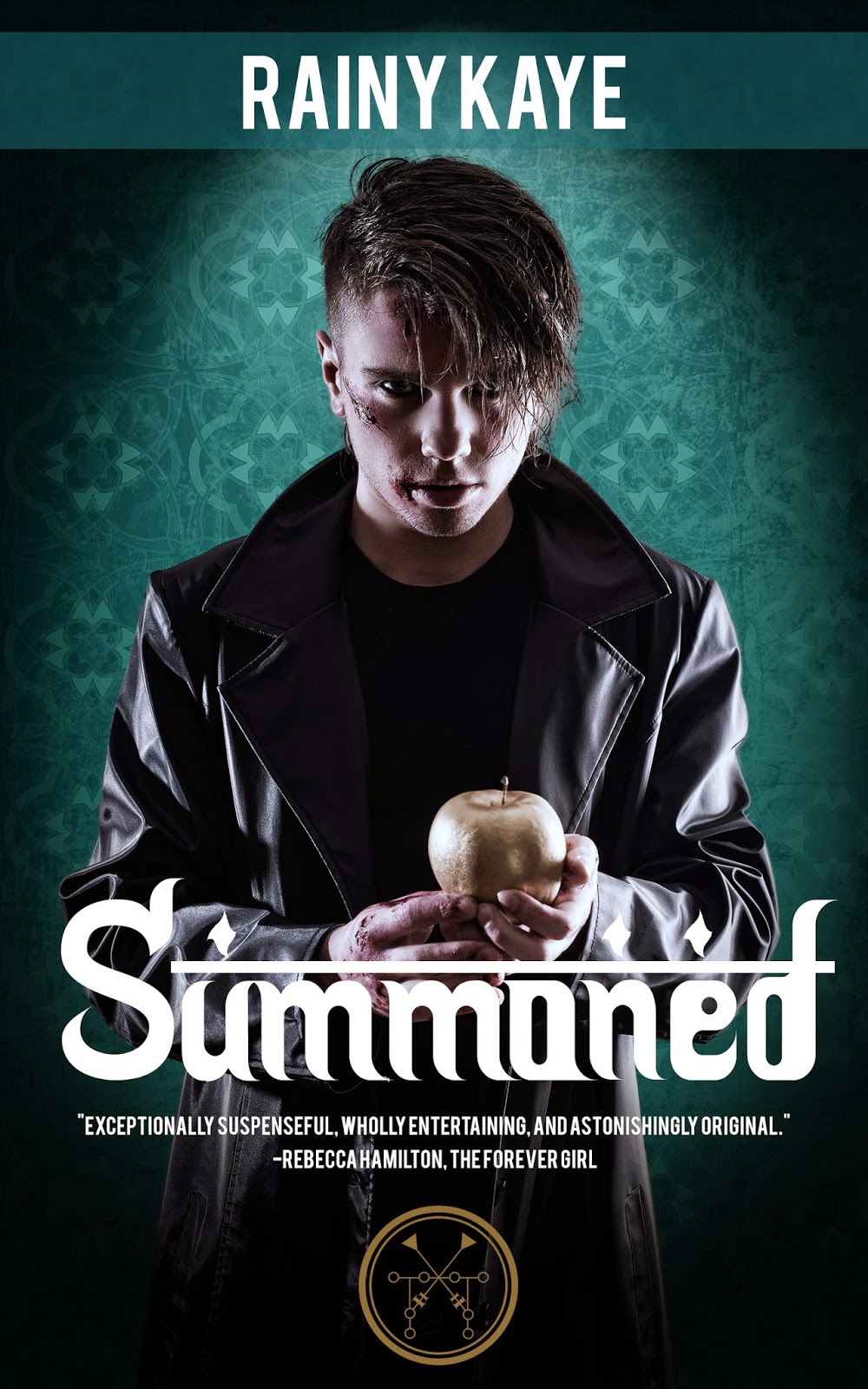 
Twenty-three year old Dimitri has to do what he is told—literally. Controlled by a paranormal bond, he is forced to use his wits to fulfill unlimited deadly wishes made by multimillionaire Karl Walker.
Dimitri has no idea how his family line became trapped in the genie bond. He just knows resisting has never ended well. When he meets Syd—assertive, sexy, intelligent Syd—he becomes determined to make her his own. Except Karl has ensured Dimitri can't tell anyone about the bond, and Syd isn't the type to tolerate secrets.
Then Karl starts sending him away on back-to-back wishes. Unable to balance love and lies, Dimitri sets out to uncover Karl's ultimate plan and put it to an end. But doing so forces him to confront the one wish he never saw coming—the wish that will destroy him.

Imagine having a genie that fulfills every wish that cross your mind. Now, imagine being the genie, the one who has to kill, kidnap or torture just because a paranormal bond forces you to do it. No so funny when you look it that way, isn’t it?

Summoned is the story of Dimitri a 23-year-old genie who has to follow deadly orders from a multimillionaire. To make things more interesting enters Syd, a sexy and surprising woman who immediately gets along with him. They start a passional and occasional relationship that soon develops into more. They both have secrets that complicate things even more.

Dimitri is a great character, not only he is a sexy man with great abilities (not only for killing) he has a soft side despite being a ruthless killer. His internal battle between his desires and the task he has to complete is thrilling and heartbreaking. Some of his dialogues were so intense that I had to stop for a second. The anguish, suffering and torment he has to go through was so touching that I wish he was real only to give him a hug.

Syd is one of those characters that blow your mind away with every action or word. She is full of surprises and is hard to getting to know her. There is kind of a sadness in her that we see through Dimitri’s eyes that make her more mysterious.

The story has an adult level not only because it has sex, vulgar language, killing, torture and explosions on it. For me it requires mature readers because the book has two characters with profound issues and strong personalities who act in strange ways and it's easy to judge them. So in order to understand them or at least try to, you have to be a mature and open person.

The language is excellent, with real and vivid dialogues. The descriptions are engaging, detailed and believable. The author writes with an intensity that comes to life while we read.

Summoned is not a mere paranormal romance because it has a lot of mystery and action. For moments is more about the chasing, the plotting, the killing and how to stay alive. You will be reading every page waiting for the unraveling of all the secrets.

Overall, this is an excellent new adult paranormal story. A great way to introduce a forgotten paranormal being, the genie, with blood, gunshots, car rides, bad people and the inevitable... love.

Is Summoned your first novel?

No, but yes. But no. I've completed four other manuscripts before Summoned, but they are all part of another series which is not quite ready to be plopped onto Amazon. My friend, author Natasha Larry, and I decided to take a break from our usual made up worlds and each try something else. Sixteen days later, I had written the draft of Summoned. A couple of months later, I signed with my lovely agent, Rossano Trentin.

Do you intend to write any more novels?

Yep. While Summoned was written as a standalone novel (no cliffhanger), there are likely to be a few more adventures with Dimitri. He's way too much fun to write. Plus there's that other series in progress, and a few other outlines floating around in my brainspace.

Why did you decide to write about genies?

I didn't decide to write about genies. I decided to write about Dimitri and, as it turns out, he's a genie. He doesn't live in a lamp or use magic, but you wouldn't want to be on the receiving end of a wish he has to fulfill.

Why did you write about a male character?

The primary protagonist of the other series is also male, so even though Dimitri is nothing like him, it wasn't something I had to give any real thought. Despite the fact “kick ass females” are a big thing right now, I think you just kind of know if your character is going to be male or female.

What was the most difficult part of writing Summoned?

I was working a day job and then turning around and pulling another eight hours writing. I did this nearly every night for sixteen days. So, basically, the hardest part of writing Summoned was recovering from the caffeine addiction.

Rainy Kaye is an aspiring overlord. In the mean time, she blogs at RainyoftheDark.com and writes paranormal novels from her lair somewhere in Phoenix, Arizona. When not plotting world domination, she enjoys getting lost around the globe, studying music so she can sing along with symphonic metal bands, and becoming distracted by Twitter (@rainyofthedark). She is represented by Rossano Trentin of TZLA.