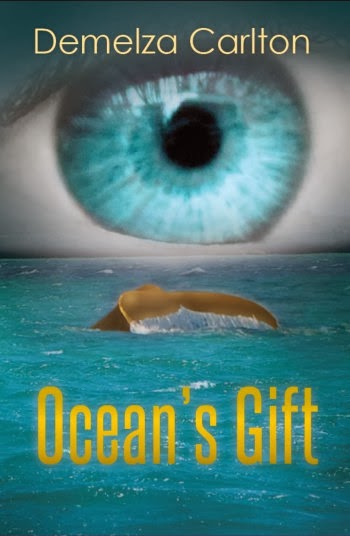 Sirens don't fall in love with humans.
For centuries it has been so... But Sirena is different. She lost her first love to sharks and a storm, cursing the islands that stole him from her.
Times have changed and she must swim ashore once more, to the islands she once cursed. Gone are the boats powered by sail and steam - jet boats with GPS are now the order of the day.
Enter Joe, the deckhand on the Dolphin. A handy man to have around when the lights go out. He'll fix your generator and have the lights back on in no time, no worries.
But can he seduce a siren? Or will she swim away before he can uncover her secret? A book about lobsters, beer and boobs, on some cursed islands off the coast of Western Australia. At least, that's how Joe tells it.
For Sirena, it's a very different story.

ABOUT THE AUTHOR.
Demelza Carlton has always loved the ocean, but on her first snorkelling trip she found she was afraid of fish.
She has since swum with sea lions, sharks and sea cucumbers and stood on spray-drenched cliffs over a seething sea as a seven-metre cyclonic swell surged in, shattering a shipwreck below.
Sensationalist spin? No - Demelza tends to take a camera with her so she can capture and share the moment later; shipwrecks, sharks and all.
Demelza now lives in Perth, Western Australia, the shark attack capital of the world.
The Ocean's Gift series was her first foray into fiction, followed by the Nightmares trilogy.

Ocean’s Gift is the story of two worlds colliding. Somewhere in Earth, mermaids are real and they come to firm land to use men as procreators. Sirena is no stranger in the firm land, a mermaid by nature she once loved a man who was taken away from her.

This is a story with an unsteady rhythm but with an engaging plot. At first it has a slow passing and the writing makes it sound like an academic book because it was just a pointing of the facts. Luckily, somewhere after a few chapters the story picks up speed and exciting things starts to happen. Once the story takes speed, the “love” story takes a central place and it’s really difficult to put the book down.

The constant change of the point of view allows us to see a complete version of the story. The story has two points of view and a few chapters told from Sirena’s point of view. Alternating between the voices of Belinda and Joe we see how the story moves on. I find it curious that Belinda was the choice to tell the story because Sirena is the central character but it was a good one.

Vanessa, or Sirena, is for me a mermaid who wishes to be a human. She has a soft for humans, in this adventure for Joe, and she believes they have a crucial role in the permanence of the mermaids and humans. Joe is a simple, hardworking, loving and sweet man. He is the perfect addition to this story.

I liked the language because is easy to understand without being boring. The author creates a believable world with simple words and real characters.

Overall, Ocean’s Gift is great book with glimpses of fantasy and a great quota of romance.

*** I received an ecopy from the tour host for reviewing purposes. ***
Publicado por RuthB en 9:00 AM