SEX IN THE TITLE
by ZACK LOVE 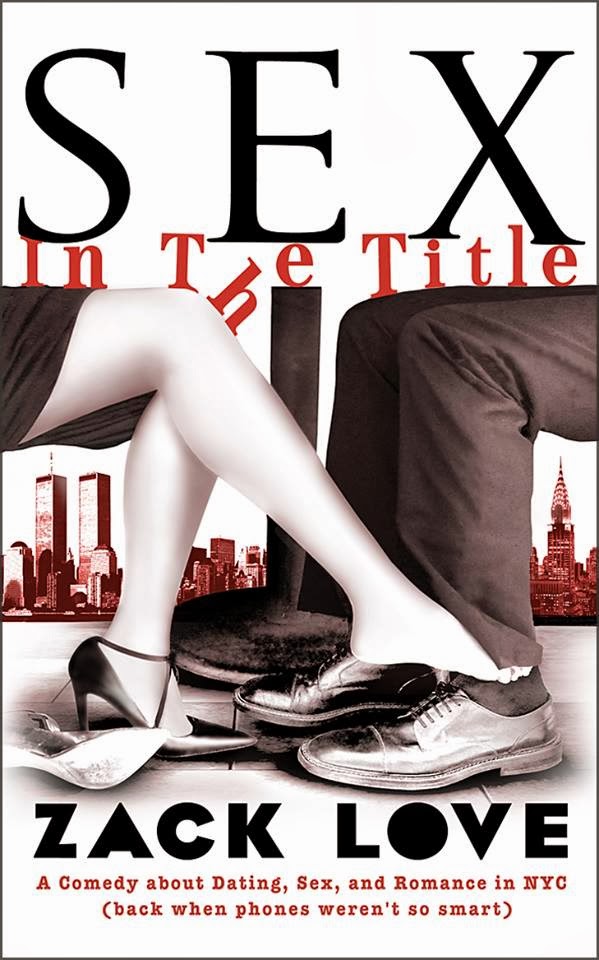 New York City, May 2000. The Internet bubble has burst, and Evan's boss fires him with an email. The next day, his girlfriend dumps him, also via email. Afraid to check any more emails, Evan desperately seeks a rebound romance but the catastrophes that ensue go from bad to hilariously worse. Fortunately, Evan meets someone whose legendary disasters with females eclipse even his own.

To reverse their fortunes, they recruit their friends into a group of five guys who take on Manhattan in pursuit of dates, sex, and adventure. With musings about life, relationships, and human psychology, this quintessential New York story about the search for happiness follows five men on their comical paths to trouble, self-discovery, and love.


ADD IT TO YOUR TBR-LIST: GOODREADS


******
ABOUT THE AUTHOR:
Zack Love graduated from Harvard College, where he tried to create a bachelor’s degree in Women. With the bachelor portion of that degree in hand, he settled in New York City but – to afford renting his bed-sized studio – found himself flirting mostly with a computer screen and stacks of documents. Determined not to die a corporate drone, Zack decided to sacrifice sleep for screenwriting, an active social life, and Internet startups offering temporary billion-dollar fantasies.

To feed his steady diet of NYC nightlife, he regularly crashed VIP parties in the early 2000s and twice bumped into his burgeoning crush, a Hollywood starlet. But – much to Zack’s surprise – neither of those awkward conversations led to marriage with the A-list actress. Zack eventually consoled himself by imagining fiascoes far worse than those involving his celebrity crush. In the process, he dreamed up a motley gang of five men inspired by some of his college friends and quirky work colleagues. And thus was born Sex in the Title. But the novel is not autobiographical: Zack never had his third leg attacked by any mammal (nor by any plant, for that matter). In fact, keeping his member safe has been one of Zack’s lifelong goals – and one of the few that he’s managed to accomplish.

Sex in the Title is a comical story about the dating world, friendship and why not, about love.

Evan has lost his job and his girlfriend in the same week. Now as he tries to get back to the dating scene, a series of unfortunate event will cross his path with Heeb and together they will decide to form a group to go out in the big city. The unbelievable and hilarious "accidents" are the breaking point to form a fantastic friendship.

The book takes us back in time to read the stories of the five friends. The author creates solid pasts for each of the characters and all of them have good doses of humor. Some of the situations were extremely funny, even when they are going through some dramatic circumstances. Despite feeling kind of guilty for laughing of someone else's disgrace, I had a great time giggling and smiling.

One thing I liked about the story is the light message it has. It never tries to be a heavy book or a romance with a great philosophical ending. For me is a simple story of a bunch of young men with crazy experiences. Don’t get me wrong, they discover themselves and learn to accept their flaws and virtues, but it’s done in a real and natural way.

I do have to mention that it takes more than half a book to get the five men together and their time as a posse goes by very fast. However, I think it was important to tell each background story and they all were very funny so I don’t have any major complain.

A book with a good rhythm and appropriate use of language, which made really easy to read and enjoy the story.

Overall, Sex in the Title is a great book that will leave you with a smile on your face. It’s a non-romance about the dating world for those who are looking a humorous book.
*****