Hello and welcome back!
I had this book for more than a year, I won it on a giveaway and it was time to read it. I started it three times (I'm not lying) but I finally got to finish it a few weeks ago. 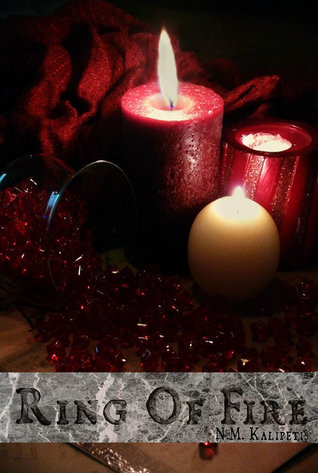 Lana Williams's life is tough enough without having to deal with things that don't exist.
Between surviving the day-to-day abuses of a drug-crazed mother and the unwanted attention of the school bully, she's got her hands full, and there's not time to deal with the strange images she sees in the mirror one day, visions of a past in flames, a future in trouble.

FIND OUT MORE ABOUT THE AUTHOR: Lulu.com | FB | TWITTER | GOODREADS

Lana was just an abused child when she found out she had amazing powers. Daughter of a drug addict, victim of physical and psychological abuses and bullied in school, the twelve-year-old girl was having a tough life when dark forces killed her mother. After being sent to Ireland with an aunt she never knew, Lana discovered a supernatural world where magic, vampires and gods are real.

The story then moves 10 years into the future (I won’t spoil anything by explaining why this happens), and now Lana is a grown up woman escaping of her past. From then on, the story moves fast and a lot of characters come to scene.

The story has some obvious elements like the "chosen one" concept, an old prophesy and the fight between good and evil. However, it is a quite funny book and presents a well thought background.

Also, there are some great characters. For example, Lunetta’s personality is amazing, she is really funny and some of her comments are hilarious. Erik is a good addition and his relationship with Lana is one of the best parts of the book. It’s a bit predictable but romantic nonetheless.

The writing is good, the dialogues too and the scenarios are well described. Overall, the author created a world that feels complete.

My only complaint is Lana’s behavior when the book starts, I know she is a victim and all but somehow she manages to be a bit annoying and then she overcomes her mother’s death in a blink of an eye. Don’t get me wrong, she suffers but the story moves to more important scenes and doesn’t give her time to grieve. Maybe that’s why I started three times to read it but left it aside after a few pages.

Just so you know, being the first of a series there are some questions left unanswered and if you want to know what comes next you will have to read book two.
Publicado por RuthB en 10:15 AM