Hello again :) How is everyone doing?? Here in Uruguay finally we see the sun after a week of rain.
Today is time for a new review. This time the publisher contacted me for reviewing this book and I really wanted to like it but it just didn't work.
Keep reading and decided if you would like to read it. 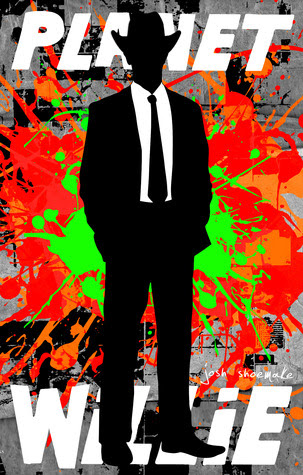 Willie Lee is a highly unusual angel. Irreverent, hilarious, and politically incorrect to the extreme, he tends to make the most of his time on Planet Earth whenever he gets sent down as a detective in the Paradise Police Department, Lost Souls Division, to re-inhabit the body that was woefully lost to him when some misguided stranger put a bullet through the back of his pretty head, four years, eight months, and fifteen days ago.
Now Willie's on the trail of a beautiful art dealer named Fernanda Shore who may have stolen her father's prized painting and who's wandered far off the straight and narrow. Not that Willie's complaining. He's looking for any excuse to extend his investigation in any direction that enables him to prolong his time away from the boring clouds and back in his old body on earth. Which partially explains the belly dancers, the fine Western apparel, the Albanian terrorists, the cape, the bourbon, the nuns, and the cliffs of Acapulco.
Et cetera.
Because for Willie it's the et cetera that makes life worth living, as long and as hard as they’ll let him. And in the meantime he might just figure out who shot him.

Willie Lee is supposed to be this sort of detective- angel who likes to spend his time here on Earth. He is the main character of a different type of book. If you are looking for something completely out of the ordinary this book is for you.

Let’s start with the good points. A story told from Willie point of view. A sarcastic and funny narrator, who is not afraid of speak his mind and seem careless at times. His personality is hard to get at first, with some shocking attitudes or sayings he ends up being this comical man-angel-private investigator who only wants to have a good time in the afterlife.

The plot is interesting because if you mix theology with an organized police division you will surely get an original background. However, the plot was one of the issues I struggled with. For me is not well polish and it could have been explained differently or exploited in a deeper manner to create a more solid plan.

The story has a lot of coming and going, Willie gets in touch with the craziest characters and most of them are funny in their own way. Once you think things couldn’t get any weirder, they do. And most scenes work effectively but there comes a point where you just had enough and it happens in this book.

In my opinion the author made a great job creating an original book, writing about a character with an unique voice but it just didn’t work out as it should have.

My main problem was that for moments the reading felt heavy, the dialogues seem forced or unnatural and the funny situations weren’t that funny.

Overall, if you are looking for a different book you should try this one.
Publicado por RuthB en 10:49 AM