Welcome to a new Blog Tour. This one is hosted by Innovative Online Book Tours.

If greek mythologhy and YA romance is your thing, you should read this book.

Keep reading and find out more about the book, the author and the awesome giveaway.


Than makes a deal with Hades and goes as a mortal to the Upperworld to try and win Therese's heart, but not all the gods are happy. Some give her gifts. Others try to kill her.


The deal requires Therese to avenge the death of her parents. With the help of Than’s fierce and exotic sisters, the Furies, she finds herself in an arena face to face with the murderer, and only one will survive.


ADD IT TO YOUR TBR-LIST: GOODREADS

Therese lost her parents after a shooting that ended up with both of their lives. While she is in coma she visited the Underworld and there she met the sons of Hades, a pair of sexy twins, one in charge of ferrying the souls and the other in charge of the dreams.

Soon she sees herself wrapped in a world where the gods and goddesses from Greek Mythology are real and her life will not be the same. Grieving her parents’ death she will fall in love with Thanatos and will seek for revenge.

The author made an incredible job creating a world where anything is possible, making the magic, the myths and the beliefs real for the reader. She has an engaging writing style and explains in simple worlds the bonds between people, the family trees and all things involved with the mythology.

Therese is likeable character. Despite being fifteen, she is mature and has suffered a lot. At first it seems like she is taking the things very lightly, however, she is the one that explains why she acts like she does and how much pain she is feeling.

Thanatos is everything you would expect from a god. Not only has a killer body, he has the sweetest of personalities. Everything is a new experience for him and is very entertaining to read about it. The other characters, Therese’s friends and the gods are well described, have great dialogues, funny personalities and each one has a role in the story.

In general it has a fast rhythm, a solid plot, great dialogues, romantic scenes, detailed descriptions and a massive cliffhanger at the end. As you can expect from the first book of a series it leaves some loose ends for the next installments.

However I did have a few minor issues with some aspect of the book. WARNING! The next part might contain some spoilers…
The fight between Therese and McAdams was not the best part. It felt slow and lacking action.
The other part I didn’t like is the return of Jen’s father. It’s quite clear that he hurt Jen so imagine my reaction towards the attitude of her brother and the whole family. Maybe in the next book we get a better explanation. 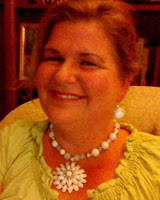 Eva Pohler writes fiction for teens and adults and teaches writing and literature at The University of Texas at San Antonio, where she lives with her husband, three kids, two dogs, and two rats. She’s also an avid lover of books and animals.

GO HERE FOR THE GIVEAWAY :)
Publicado por RuthB en 8:18 AM