THE UNDERGROUND WITCH
by Debbie Dee 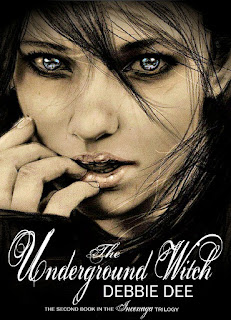 As the last of the Incenaga Witches, Emmeline has been tortured and forced to use her power to kill. But unlike the Incenagas before her, she has survived. With her freedom restored, she should feel safe, invincible even. After all, she has the protection of Prince Erick’s army and a power strong enough to obliterate any enemy. Yet Emmeline lives in fear for the next person who will try to control her, and no one can seem to find the tyrant threatening to claim her.
Until it’s too late.
With everything on the line, and the enemy at her throat, will Emmeline be able to use her power like never before? Even if it kills her?
In The Underground Witch, the second novel of the Incenaga Trilogy, Debbie Dee delivers enough adventure, heartbreak, and suspense to captivate readers at every turn.


Warning: This is book two so my review might contain some spoilers from book one. You can read my review: HERE.
My rating: 4 of 5 stars

As the Last Incenaga witch Emmeline is doomed to live in danger. In love and planning her wedding to the prince of Dolmerti, Erick, she lives afraid of what threats will come next. And her fears are not in vain. A thrilling, exciting and amazing sequel that will leave you waiting for the end.

The second book presents a different Emmeline, a more mature and secure young woman. Now she is more aware of her situation and she is ready to fight for the ones she loves. Her admirable actions will give place to a great story. Bravery, confidence, trust, friendship and love will be present, and every feeling comes to life beyond the pages, presenting a real and entertaining world.

As for the other characters, Erick continues being a loving and adorable young man but some of his actions were exasperating. They served the story but they also made me so angry at him (how can be so wrong). We add some great characters, being my favorite O’fin,who is an adorable and sweet child.

In this book we discover facts from the past and how the Incenagas were born, which is great to read. New bad guys appear and there is more suffering for our leading lady. With a faster speed than the previous book, we now witness how Emmeline gains control of her power.

Debbie made a great job maintaining the tension, action and romance at its top through the whole book. With great characters and an enjoyable writing style, it’s almost impossible to stop reading.

Overall, a great sequel that will not dissappoint you. A very recommendable YA-paranormal Romance book. 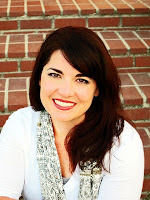 Debbie Dee recently moved to southern Idaho with her husband and three children where she is learning how to be a country girl in her favorite pair of blue heels. She adores fairy tales and happy endings, but secretly crushes on the bad guy now and then.
As a dedicated musician who practices way too much, she never expected writing would sweep her off her feet until she jotted down a scene from a daydream, which turned into two scenes, which turned into a messy house and her first novel. Since then she hasn’t been able to let a day go by without writing.
In addition to writing, she plays the piano, harp, violin, and gets in frequent fights with her cello. She loves to read and play board games - when she is winning.
FIND OUT MORE ABOUT HER & HER BOOKS:

You can win one of five e-copies. Open Internationally.
Good luck :)