Welcome back :)
I hope you all are having a great time.
It's time for a new review. Robert was kind enough to send me a copy of his book and have to say that I'm so glad I read it. It's good to read a book that makes you laugh so much and with such a different style. 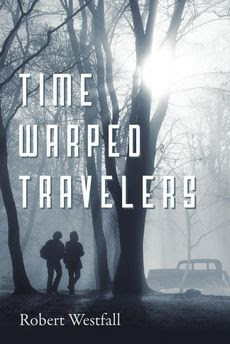 Time Warped Travelers is a wild work of fiction that tells the tale of two twenty-five year old people with the 2012 outlook on life.
Both are time travelers, and Elizabeth Howard lives in 1922 central Ohio.

Tommy Evans transports there to start a love affair after seeing her picture in the "Backward Glances" section of a local newspaper.
Many drugs that are illegal today were not in the time of the Roaring Twenties, and they both partake while helping out a dying woman and her destitute husband.

It's a comical look of life lessons learned and I'm glad I wrote it. - Robert Westfall


Tommy is a twentyish time traveler who after seeing a photo of a beautiful girl, transports himself to 1922. Time Warped Travelers is a book with humor, suspense, love and great characters, a fast and engaging reading.

A hilarious and adventurous boy, Tommy is one of the funniest characters I ever read about. Imagine a twentyish boy living almost a century before his time, he surely will do and say things that would look out of place. Every time he makes a mistake, says something from his time or uses his knowledge from the future, you can expect to laugh and a lot.

In 1922 he meets Elizabeth, a.k.a. Beth, a young woman with a taste for Foke and marihuana (which wasn’t illegal at that time). Have to say that Foke (like Coke but with something especial) sounds really interesting and seeing them acting like crazy after drinking it was great.

The style is what I love the most, it’s a book written with a simple language, smooth rhythm and short chapters. It’s almost as if you were hearing Tommy tell you a story, you start to feel and imagine him like a sort of a friend.

Another high point is the explanation of why he can time travel, there is never a scientific or complicated explanation. For me this is great because is not a sci-fi book (not in extreme at least), he woke up someday with this possibility and he just does it. Simple, believable and entertaining.

The book also has suspense and a bit of action because there is a bad guy after the main characters, who is looking, for what we can read, hurt them or something. Maybe in book two we get to know more about it.

Overall, if you are looking for a different book this one is for you. I can assure you that you’ll have fun.
Publicado por RuthB en 1:39 PM