Today I welcome author Sherri Fulmer.
She has kindly provided an interview. And I had the pleasure to read and review her book.
Just keep reading to find out more about it! 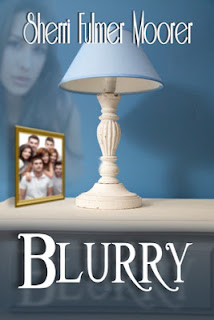 ABOUT THE BOOK.What happens when Little Miss Perfect's life is turned upside down?

Rachel Shull is about to find out. A year ago she broke up with her boyfriend, Danny, over suspicions that he was hiding something from her. Now Rachel's life is full of accomplishment, achievement, friends, and even a boyfriend. It all seems perfect, until a childhood friend dies in a tragic accident.
When it's discovered that Danny had a heated argument with Kirsten shortly before her death, suspicions about his double life resurface.
As the case unfolds and tragedy strikes people close to Rachel, she discovers that Danny isn't the only one with dangerous secrets.
Life in the small town of Woodland, South Carolina becomes blurry with lies and deceit, and Rachel finds herself questioning everybody; even her new boyfriend.

What if the perfect world you live in, somehow started to fall into pieces? Rachel is about to find out that her friends have more secret than she knows. After her ex best friend died in a tragic accident, things won’t be the same.

Rachel is a sweet girl, band member, perfect in almost everything. While coursing her final semester at school, she is counting the days to finally go to college. After the death of Kristen things get turbulent. With a new boyfriend and her group falling apart, Rachel has to face some hard times.

Blurry presents a group of friends of different ages. Some of them are Jason, Sasha, Natalie, Zeke and Danny (he is not actually a friend of them but he’s part of the groups of characters). The first time the characters are introduce I had a hard time figuring out whom was who, there were many and it was difficult to keep track of them. As the book moves on, it was easier to difference one young from another.

Is true that some characters lack personality or they aren’t describe in deepness but the main ones like Rachel and Jason are fine. Maybe it would have been interesting to read something from the bad guy point of view. Perhaps a scene from his side could help us understand him a bit more.
The book has some high points, especially with some deaths and accidents. These moments are quite entertaining and made the reading more interesting. However, in my opinion it was obvious who was behind some of the accidents but "the why" was a good surprise.

The end was the best part, aside from who was the villain; “the why” was a good twist. It feels like a solid argument and it makes Blurry a better book.

Overall it is a good reading and I recommend to those who like friendship, secrets and twist in their books.
*****
THE INTERVIEW WITH SHERRI. 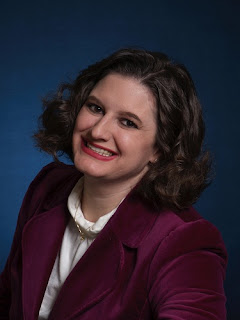 1 – What would you say if you had to describe "Blurry" in one sentence?
Sherri : Little Miss Perfect’s life is turned upside down by the lies and deceit of those she trust the most – and the least!
2 – What was your inspiration to write "Blurry"?
Sherri: The inspiration was dreams I had while my husband and I built our home. I had recurring dreams about being in high school and college. I had been thinking about writing a young adult novel for a while, and those memories came together into a plot that I knew was the novel I had wanted to write for so long.
3 – How long took you to write it?
Sherri: It took about two years from start to finish. I did a lot of rewrites and edits.
4 – How was to create a group of young people dealing with such hard times?
Sherri: It took some work. I never faced anything like this as a teen, so it took some stretching, both to get in touch with my adolescent self and to imagine how I would react if I faced such situations at age 16, 17, or 18. I read a lot of young adult mysteries when I was a teen, and I actually re-read many of them while I was in the process of working on Blurry.
5 – Was it difficult to write some of the accidents or deaths?
Sherri: Yes it was. I liked all of the characters in that book and it was hard to kill them off. One in particular really troubled me. I spent three days trying to figure out how to get the plot moving without killing this character off, but in the end I realized I was at an impasse if I didn’t do it. I remembered reading an interview with Stephen King one time when he said readers complained about a character getting hurt in one of his novels and he said “but I made them up! They weren’t real, so nobody really got hurt.” I forged ahead with that in mind but it was still hard because I really did like that character and hated for them not to make it to “happily ever after.”
6 – Did you get inspired by any real person to create any of the characters?
Sherri: I wouldn’t say it was one person. It was a combination of people I’ve known, situations I’ve faced, and experiences others shared with me that inspired Blurry. That’s how most of my novels are inspired.
7 – Did you have to do a research to learn about the clandestine racing world?
Sherri: I did have to research it. Street racing is more popular on the west coast, but I brought it here because it’s somewhat unique and is something that young people would find appealing.  Although drug use, family problems, and cheating boyfriends/girlfriends are more common problems amongst teens (and problems I faced myself), I wanted to stay away from the same old cliché problems and bring in a new element that hasn’t been done quite so much.
8 – What was your main goal when you decided to write "Blurry"? There was any message you wanted to transmit?
Sherri: That honesty and integrity always win out in the end. If you stick to your morals and do what’s right, you may suffer for a little while but you’ll always do best in the end. All of the characters in Blurry suffered, but the ones that refused to cave in to “what everybody else is doing” and stuck to what was right fared best.
9 – Are you currently working in something new? Can we know what it is about?
Sherri: “Be careful what you wish for.” That’s the tagline for my current work in progress, Move. It’s about a thirty year old woman named Ruby that’s stuck in a life rut and keeps failing in her attempts to move ahead. In her frustration, she unknowingly makes a deal with a djinn (genie) who takes the concept of reaping and sowing to a dangerous extreme. His help traumatizes the small town of Tanger Falls, Tennessee and cause a chain reaction of problems that leave Ruby in the center of false accusations and suspicion. I’m having a lot of fun working on this novel.
**** THANKS TO SHERRI FOR THE INTERVIEW ****
Publicado por RuthB en 11:28 AM