I'm having a special week in honor to THE DAY EIGHT SERIES by Ray Mazza. 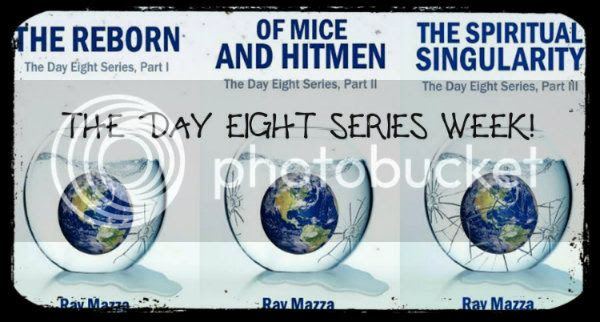 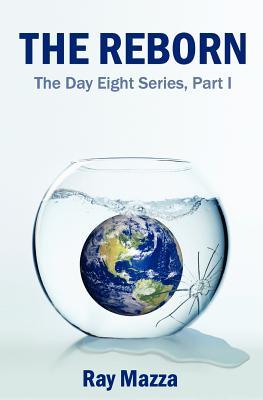 Present day: Secret technology. Genius millionaires. A simulated human. Hidden chambers. And in the middle of it all: Trevor Leighton.

When Trevor Leighton stumbles upon a distress note written by the daughter of multi-millionaire Damon Winters, he attempts to do the right thing: turn it in. But the note isn’t what it seems, and it leads Trevor on a dangerous path to uncover the most incredible technology the world has ever known: a super intelligent human being simulating inside a computer program. Not only did Trevor unwittingly have a hand in creating the simulated human, but his new work to alter it will push his life – and the world – one step closer to a catastrophic event.

Part I of the Day Eight series is just the beginning of Trevor’s thrilling adventure to prevent a disaster far worse than any ever conceived by humanity.

Sometimes, or most times, technology goes beyond our wildest dreams. Every new advance opens a new world of possibilities and changes our world to a point of no return. But what if one of those creations were so life changing that would have to be kept a secret? How far do you think technology will go?

In The Reborn, the first of a three part novel, Trevor finds himself facing a whole new world. This is a fast, thrilling, and full of mystery first part that serves as the perfect platform to a great series.

Trevor is a worker at Day Eight Company. One day, in his routinely agenda, he decided to use the internet at his office to download some movies (pretty risked don’t you think? In my opinion is way too funny and real) and because of this his whole life gives a 180 degrees turn. And he is dragged to a place he never dreamt of.

Trevor has to face a whole new world, hidden from the eyes and ears of the ordinary people. A world where the most unbelievable advances are real. Trevor gets in touch with his boss, Damon Winter, and he will show him all the secrets that have being secluded in the insides of the company buildings.

The most amazing thing we get to know in book one is: Simulated humans. My mind was blown when I first read about Simulants, this intelligent software, program; project (any name you want to give it).

You may think that the science-fiction, or all the computer vocabulary, or the explanations of how a computer works, would be a bit overwhelming, however the author makes a great work trying to explain everything in a way easy to follow and understand.
Book one makes a wonderful job introducing us in the story and giving a wide panorama of the things to come. This book also present a lot of questions, that will help keep you interested in the rest of the story.
Publicado por RuthB en 1:41 PM