Today I have the pleasure of interviewing the author of THE WAKING DREAM. As part of her blog tour Jennifer has been kind enough for taking the time to answer all my questions.

You can check my review about her book HERE.
And also you can participate for a SIGNED PAPERBACK no matter where in the world you are. Just go HERE. 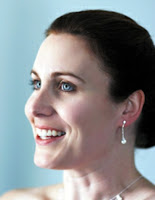 Jennifer Ford was born and raised in a small town in Massachusetts. She currently resides in sunny southern Florida. She lives with her cats, of which she says; “They are possessed little terrors at times, absolute darlings at others, and an endless source of entertainment. Only another cat person would understand.”

ME: What is your book about?
Jennifer: My book centers around a pair of cities that are cut off from the rest of the world in a massive desert, but the residents have come to terms with their isolation. Illamar is a model city, where people prosper and it is clean and safe. Rheamyre is in chaos, controlled by dangerous gangs.
Overnight, the gangs in Rheamyre are overrun, and a mysterious stranger begins assuming control of the city.

ME: Why did you decide to write it?
Jennifer: I am very interested in ancient history, and I spend a lot of time reading about ancient times and lost civilizations, and how climates in regions have altered over time. I have also always been a huge fan of fantasy and Sci-Fi. I started mixing elements of the two things together, and I was immediately struck with the idea of the lost civilization still being alive, just forgotten. The imagery that came to mind was so powerful, I just had to write it down. As I went further into it and discovered all the characters, it became a real world for me. And I think Dante and Kerran have a valid voice that resonates with a lot of people today.

ME: I read that you love ancient history. Did you get inspired by some historical fact inparticular?
Jennifer: I was inspired by the way ancient cities are buried- either in sand or by the jungle- there is actually an ancient city in Egypt that is literally covered by a modern city. Ruins are under the feet and cars of people every day. That imagery stuck with me.

ME: How did you get your book published?
Jennifer: I knew I wanted to self-publish my book. After doing a lot of research, it seemed the easiest way, since if you are an unknown author you’re chances of getting published via a traditional publishing company get lower by the day. Plus, with self publishing I didn’t have to worry about an editor wanting to alter my story. I found that Outskirts Press was ranked among the best publishing houses to use, and the best overall for the cost, and I haven’t looked back since.

ME: What types of readers will be interested in your book?
Jennifer: Anyone who enjoys the Fantasy/Science Fiction genre would enjoy it; but beyond that, anyone who enjoys a well-crafted story. If you are a person that enjoys to read, then you will definitely enjoy my book. It follows a non-conventional path that should intrigue even the most experienced fantasy, Sci-Fi, mystery, or fiction reader.

ME: I loved thecharacters names; some of them are very beautiful. What was your inspiration for them?
Jennifer: Names are something I take very seriously. A name has to fit each character or it throws the flow and feeling of the story off. It took me several days to find all the right names for this book. The names for the Desert Tribes were inspired by Native American names because they fit the characters the best.

ME: Did youget inspired by any real person to create the characters?
Jennifer: None of these characters were inspired by real people. They were drawn from ideas and the needs of the story itself.

ME: It may seem along book, but did you have to cut some parts?
Jennifer: I did cut out several parts that I had intended to be a part of the story. I also intended for this story to be one book; but I found there was too much left to tell, so I had to break it into two parts. I didn't want to rush the rest of the story, and the only way to do it justice was to break it into another book.

ME: It was amazing to read how Kerran deals with the changes in his life. How was writing about that?
Jennifer: It was fun, and it was challenging at times to keep it realistic. I tried to base Kerran's reactions on reaction patterns I have seen with men in my life (family and friends), and I used all those men as examples for how Kerran should react.

ME: The magic is one of the best ingredients in the story. Did you have a lot of work deciding how to mix this with the rest?
Jennifer: I knew the fundamentals of the magic from the beginning, but it took a few rewrites to get it blended into the story properly. I ended up rewriting several chapters more than once to get the right level of magic working the way I wanted.

ME: The best part of the book is things are revealed page by page, you never know what is next.  Did you keep notes or something to know what to write first and what later?
Jennifer: I have a virtual notebook that is full of my notes. I had to keep notes on people, places, events, the language of the Desert People, everything. I wrote it all down so I could keep everything consistent. I also drew a map of the two cities and stuck it on my wall while I was writing. I had a basic timeline that I also had up on my wall. Sometimes I had to change the timeline to fit what was developing with the characters, but it all worked out well in the end.

ME: How long took you to write the book?
Jennifer: It took me a little over a year; and I wrote the first draft in pieces... a few chapters here, then nothing for a while, and then a few more chapters. But once it was done, I did the final draft in just two months.

ME: Did you ever get stuck?
Jennifer: I would sometimes get to a point where I just wasn't feeling where the story needed to go, so I would stop until the next day. A short break was all I ever needed. Several key points of the book were so clear they were easy to write, and others I had to figure out as I got to them. I tried to let the characters decided what was going to happen based on their personalities.

ME: Can you tell us what will be the second book about?
Jennifer: The sequel picks up a couple days after the end of The Waking Dream. I don't want to say too much and spoil it; but I will say that it is not a fairy tale. Any happiness has to be fought for. There is more magic, and a lot of facing consequences...for all the main characters.