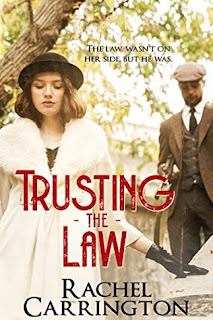 
The last person Grace needs to fall in love with is a police officer, especially since she breaks the law every day. Running a speakeasy wasn’t her first choice, but making money is. With the price of hooch at an all-time premium, the money is more than enough to pay for her uncle’s expensive medication and the bills. She doubts Officer Paul Gordon will see things the same way.
Paul is enchanted with the chestnut-haired woman he runs into on a cold, Chicago street, and that enchantment quickly turns to more. If someone were to tell him she was a criminal, he’d never believe it. Then he sees it for himself. When Grace is arrested, he must make a decision—protect her or his badge.

I've been writing for over thirty years and though I've written paranormal, fantasy, and science fiction, I've since then shifted my focus to suspense novels and young adult. My suspense novels still tend to have a little romance in them, but my young adult novels deal more with social issues and heroines facing life dilemmas.

I live in Charleston, SC, a city which was recently named the #1 city in the world by Travel & Leisure Magazine, and I have to say, I agree. It's a fabulous place to live. Close to the beach, great restaurants, fabulous shopping, cobblestone streets, and historic homes and buildings. It's a step back into history!

I hope you enjoy reading my books and feel free to email me if you have any questions!

During prohibition, a woman decides to play with fire and makes a living out of illegal activities. Of course, she has good intentions and is not just a criminal. She has a really sick uncle who needs her help. And to make things more interesting, a police officer notices her and decides to fall for her.

Trusting the Law is a simple, easy to read and sweet story about two people who shouldn't fall for each other but they do it anyway.

The story is quite short and it has all the ingredients to be a good romance. It has a few steamy moments and a great ending. 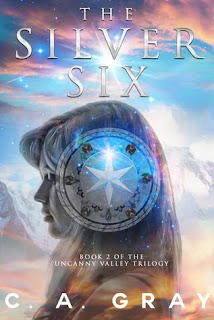 
What is it that makes us truly human?
Rebecca Cordeaux’s entire world has been turned upside down. In a single day, she’s learned that Senate Leader Halpert and his Board of Advisors are actually illegal humanoid robots created underground twenty years ago—and they tried to have her killed. Her mother Karen, whom she always believed to be passionately against the cause of the Renegades, turns out to be their leader. And Liam, a man she never thought she cared for, is now fighting for his life—and she finds that she cares desperately.
Fortunately Karen, known to the Renegades as M, has planned for exactly this sort of eventuality. Using Rebecca’s father’s blueprints, Karen patiently built an underground compound in an abandoned part of the Americas where they can regroup and plan for the coming war. The compound becomes an unlikely oasis as their number grows, both on accident and on purpose. In attempting to recover her best friend and companion bot Madeline, Rebecca gets what she thought she’d always wanted: Andy arrives at the compound too, along with her friends Jake and Julie. But with the sudden addition of an old flame from Liam’s past, Rebecca discovers just how little acquainted she has been with her own heart.
Meanwhile, the Silver Six are running a worldwide campaign of indoctrination to ensure that the people are on their side. In the name of peace, they want nothing more than to wipe out every shred of resistance, while pursuing their ultimate goal of robotic superintelligence. With the assistance of a neuroscientist who helped to build the Silver Six decades ago, Rebecca attempts to understand how synthetic minds work, hoping this information can be used against them. She’s sure that the mysterious, brilliant, and beautiful Alessandra Russo is the key somehow, but Alex’s hatred for the Silver Six is only matched by her hatred for the Renegades. Can the Renegades find and exploit the weakness of the Silver Six before synthetic intelligence passes the point of no return? 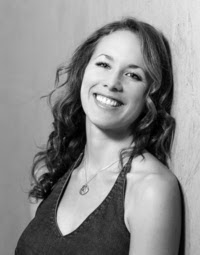 C.A. Gray is a Naturopathic Medical Doctor (NMD), with a primary care practice in Tucson, Arizona. She has always been captivated by the power of a good story, fictional or otherwise, which is probably why she loves holistic medicine: a patient’s physical health is invariably intertwined with his or her life story, and she believes that the one can only be understood in context with the other.
Her favorite fictional tales have always been epic battles of good versus evil, with a strong tendency towards parable. An idealist herself, she has always been convinced that these stories have something deeply true to tell us about the human condition, and that is why we love them so much… or at least that’s why she does.
She still wants to be everything when she grows up. She moonlights as a college chemistry teacher (she has a degree in biochemistry, with minors in Spanish and Creative Writing), does theater when she gets the chance, sings, plays piano, was once a personal trainer and in coffee shop management. She is blessed with exceptionally supportive family and friends, and thanks God for them every single day!

I was lucky enough to read the first book just a few weeks before reading The Silver Six so the story was fresh on my mind which is something you need to follow the story. The first book ended with a lot of cliffhangers that act as a starting point for the second book. Becca has no time to analyze or think about the revelations that changed her world. After discovering the secret that killed her father and who her mother was she has to go into hiding and deal with a world that she no longers knows and also with the fact that maybe she feels more than friendship for Liam.

As any other good new adult dystopia (that feels more YA than the first book) the story is full of misunderstandings, Becca denying her feelings, Becca taking some wrong decisions and learning that maybe what she thought was going to make her happy was not what she needed.

If you read the first book you need to read the sequel. The story is well written, the characters keep on evolving and the action is always present. This book has a good dose of music which I loved!!!!

Anyway, I really enjoy C.A. Gray's writing and this series keeps getting better. I cannot wait to read the next book. 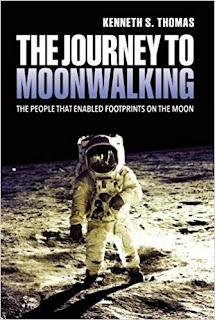 Summary:
By setting the goal for going to the Moon by the end of 1969, President Kennedy transformed the Soviet/U.S. arms race, with its escalating confrontations, into a "space race." Perhaps the greatest obstacle to going to the Moon was the development of the spacesuit. This is the story of human efforts, specifically the innovation, struggle, and sacrifice carried out by otherwise ordinary men and women that culminated in the spacesuit that made the first human surface explorations of the Moon possible. The success of Apollo resulted in replacing the looming specter of a possible world-devastating war with peace and cooperation in space between these two great rival nations. However, few know of all the contributions that were required to allow the first humans to set foot on and explore the Moon. Most are not aware of the magnitude and abundance of challenges to such an endeavor, let alone the solutions needed. This book represents over two decades of research, interviewing original participants, and working with other spacesuit historians to determine Apollo spacesuit contributions and contributors. The author brings a unique expertise to this historic achievement. He was a spacesuit engineer for twenty-two years and has been a consultant to national museums since 1993. Additionally, performing knowledge-capture for NASA gave the author a micro-level view into Apollo history, which provided additional enlightenment. The result is a human chronicle of the challenges, achievements, and experiences related to the most watched historical event of its time.

Information about the Book

Author Information
Living in Manchester, Connecticut, Kenneth S. Thomas is a second-generation space engineer and has worked within the field for over four decades. His career has spanned the Shuttle Extravehicular Mobility Unit program and the Lunar–Mars suit and he has been the sole inventor on two international advanced spacesuit patents. Kenneth has also taught his expertise at Central Connecticut State University, Johnson Space Centre’s NASA Academy and since 1994 has worked as a consultant to the National Air and Space Museum’s Space History Division. He was the primary author on U.S. Spacesuits (1st Ed. 2002, 2nd Ed. 2006, Springer Publications) that NASA uses as a textbook and co-wrote several International Conferences on Environmental Systems (ICES) and technical papers for NASA. He has also appeared as an expert on the 2008 Moon Machines TV series and is a regular speaker at Space Day at the New England Air Museum (NEAM). 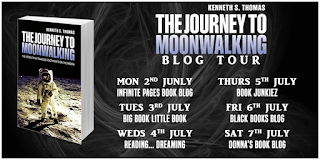