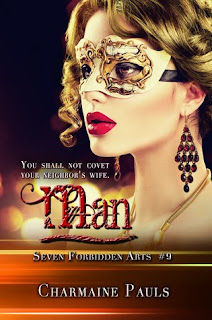 
Olivia Reid’s death has always been in the cards. When a man starts stalking her, he brings her pleasure instead of murder. He wants more than her orgasms. He seems to want her very mind. By giving him one thought every night, she manages to push forward the deadline of her extinction. But for how long can she buy her life before her mind is empty, and her stalker has what he wants?
Cain Jones is the leader of a paranormal crime taskforce dedicated to protecting mankind from the revival of evil and the dawning of a second Dark Age. The team under his command uses their seven forbidden arts secretively to fight their archenemy, Godfrey Reid, a man who is set on turning immortal and wiping out the human race. Fighting battle after battle, Cain makes a breakthrough when he locates his opponent’s weakness–Mrs. Olivia Reid. She’s his only link to Godfrey, and his only chance at accomplishing his mission. He’ll break her if he has to. He’ll even steal her thoughts. As the investigation progresses Cain has to face a truth he doesn’t want to admit. He has an ulterior motive for personally keeping an eye on his enemy’s dwellings. Watching Olivia sleep, Cain soon becomes as obsessed with his archenemy’s woman as with killing Godfrey. She’s everything he’s ever wanted. But will she forgive him for killing her husband? 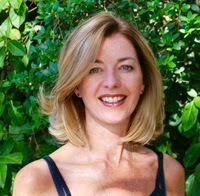 Charmaine Pauls was born in Bloemfontein, South Africa. She obtained a degree in Communication at the University of Potchestroom, and followed a diverse career path in journalism, public relations, advertising, communications, photography, graphic design, and brand marketing. Her writing has always been an integral part of her professions.

After relocating to Chile with her French husband, she fulfilled her passion to write creatively full-time. Charmaine has published nine novels since 2011, as well as several short stories and articles. Two of her shorts have been selected by the International Literary Society for an anthology from across the African continent.

When she is not writing, she likes to travel, read, and rescue cats. Charmaine currently lives in France with her husband and children. Their household is a linguistic mélange of Afrikaans, English, French and Spanish.

In this final installment of the Forbidden Arts series, we finally get to know Cain, the leader of the supernatural team we learn to love through all the books. His mission is to lure his enemy's wife, Olivia. He will try to convince her to help them to kill Godfrey once and for all. However, as he spies on her, he becomes attracted to this woman that is not just his nemesis' wife.

I always wanted to know more about Cain, he was this mysterious character behind the curtains. He is always making choices and finding the new members and it always seemed to me that he was giving orders but never got his hands dirty. Now he is in the center of the action and we understand how and why this man is the perfect leader for this team.

Like all the other books, this one has a strong sexual component. The chemistry between the characters is almost too much. The scenes are perfectly described and it's easy to get lost in the reading.

I like that the book gave a good closure to all the doors left open for the big finale. I enjoyed each book in the series and I totally recommend it.