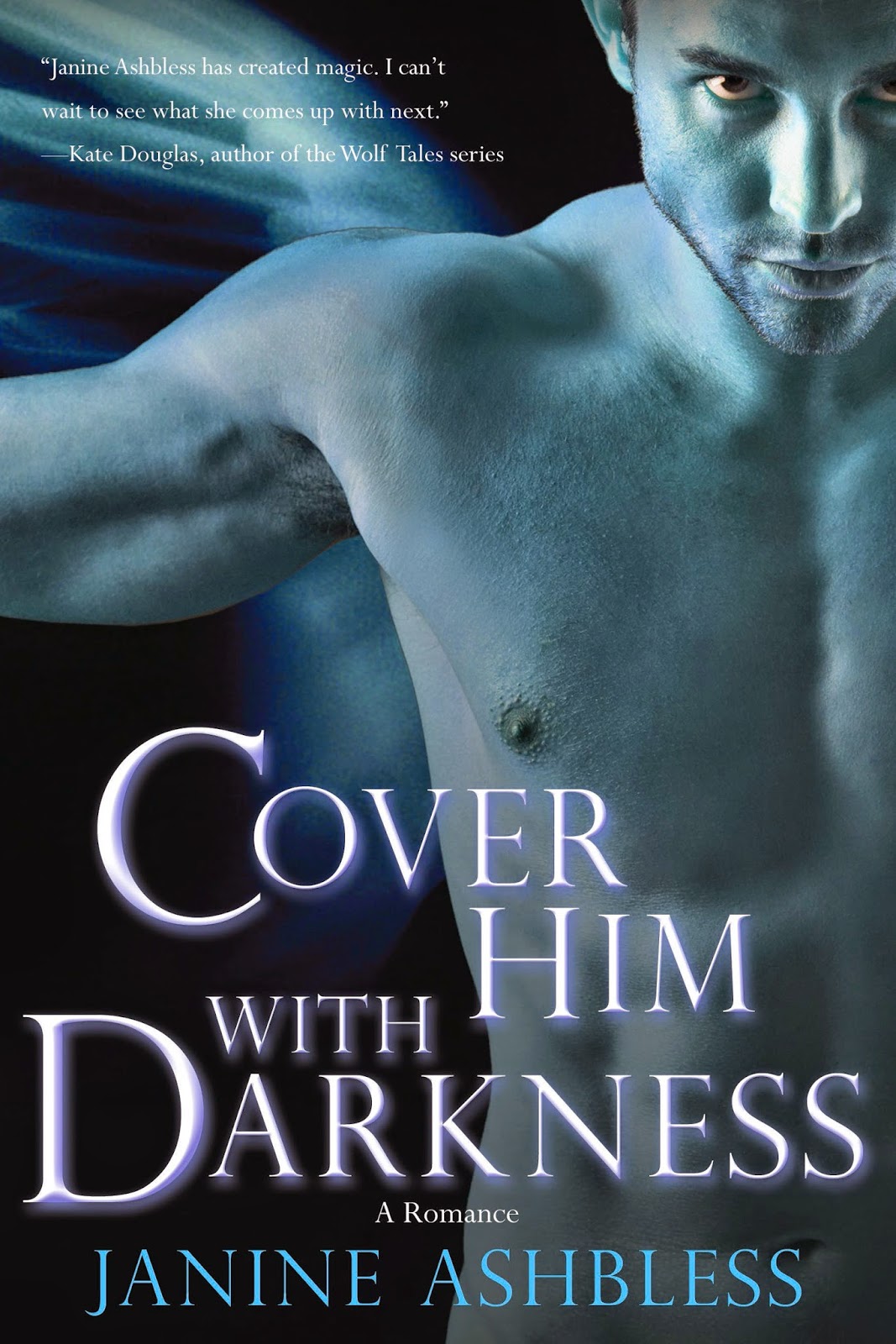 Title: Cover Him With Darkness
Author: Janine Ashbless
Series: The Book of the Watchers #1

If You Loved an Angel... How Far Would You Fall with Him?

What happens when the daughter of the village priest falls in love with an archangel banished from heaven? Milja’s heart is struck when she catches a glimpse of the preternaturally beautiful prisoner her father keeps captive beneath his church’s altar. Torn between tradition, loyalty and her growing obsession with the fallen angel, will Milja risk losing her family, and her eternal soul, for the love of this divine being? Janine Ashbless will transport you to a world where good and evil battle for true love. 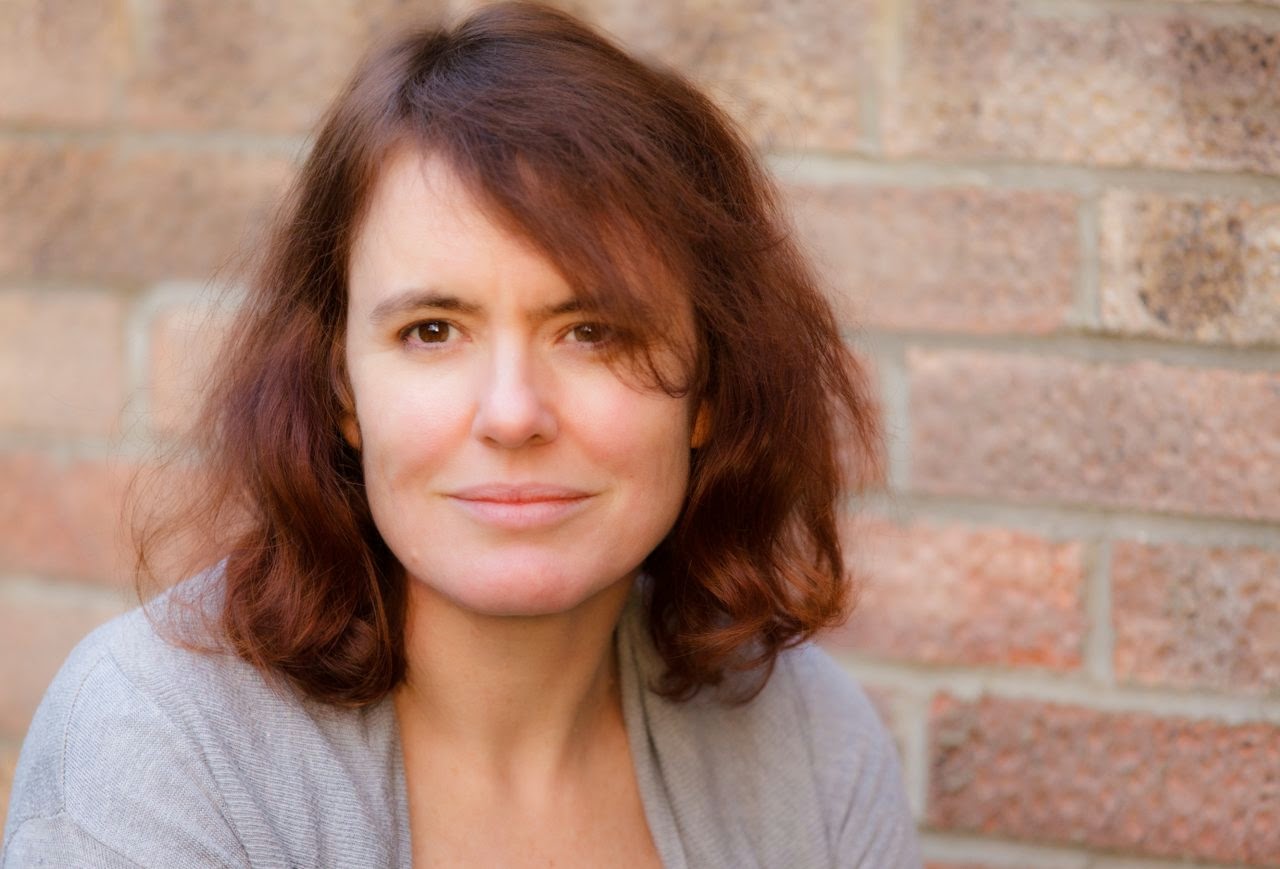 Janine Ashbless is a writer of fantasy erotica and steamy romantic adventure – and that’s “fantasy” in the sense of swords ‘n’ sandals, contemporary paranormal, fairytale, and stories based on mythology and folklore.  She likes to write about magic and mystery, dangerous power dynamics, borderline terror, and the not-quite-human.


Janine has been seeing her books in print ever since 2000, and her novels and single-author collections now run into double figures. She’s also had numerous short stories published by Black Lace, Nexus, Cleis Press, Ravenous Romance, Harlequin Spice, Storm Moon, Xcite, Mischief Books, and Ellora’s Cave among others. She is co-editor of the nerd erotica anthology Geek Love.


Her work has been described as: "hardcore and literate" (Madeline Moore) and "vivid and tempestuous and dangerous, and bursting with sacrifice, death and love."   (Portia Da Costa)

Cover Him With Darkness is a sexy, dark, intense and powerful story about a simple girl and a mysterious archangel. Set in a rustic Europe, this story has a good doses of sexiness, danger, action all packed in a book that you won't be able to put down.

Milja and her father live in a remote place until her father fears her daughter has fallen under the prisoner's spell and sends her to USA. Suddenly, fate and her father's health bring her back home which will cause a series of events that are far from boring.

Milja is a woman divided between family and desire. Her humanity takes her to choose a side that most people will see as the evil one. She is a likeable character but sometimes she can come as too doubtful or naive even. Azazel is hard to describe. The author makes an incredible work creating a being so unique and interesting. He has a human form but sees the world from a different perspective. Of course he is undeniably sexy and handsome but her personality is a bit disturbing. I had a love-hate relationship with him.

There are other great secondary characters. Each one has a defined role and their actions mark breaking points in the story.

Eroticism is always present. The author creates an atmosphere that is almost toxic. The attraction between Milja and Azazel is almost too much for moments. The roughness of their encounters can be shocking for the light hearts but they are not disappointing.

The language is outstanding. The words flow naturally with a steady rhythm that goes faster when the actions requires it. The religion is a good background for the story and the author chose the right elements to create a believable world.

Overall, this is an adictive, seductive and intense read. It has all the paranormal elements necessary to be a recomendable reading. I can't wait for a new installment about the fallen angels.